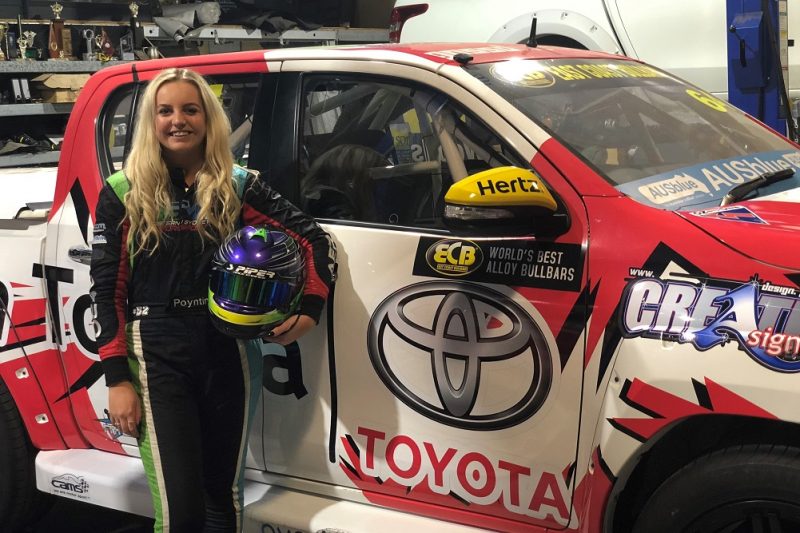 Charlotte Poynting is set to race a new Toyota Hilux SuperUte at Bathurst and Newcastle in coming months.

Poynting will join the ECB SuperUtes Series for her home round at the season-ending Coates Hire Newcastle 500 after a probable debut at the Supercheap Auto Bathurst 1000 weekend, pending completion of the car.

The 19-year-old Novocastrian, who will become the first female to race in SuperUtes, will drive an additional Western Sydney Motorsport (WSM) entry alongside its other two Sieders Racing Team-run Hiluxes for series leader Craig Woods and Ben Walsh.

Poynting races a WSM-run car full-time in Aussie Racing Cars but, with that series wrapping up at the Vodafone Gold Coast 600 this year, was keen to land another start in Newcastle.

She is also planning to make her Mount Panorama debut in the Toyota workhorse, which will carry backing from her Aussie Racing Cars sponsor Gencom Wireless Solutions, at the suggestion of WSM owner Craig Thompson.

“I wanted to race something at Newcastle with it being my home round and we were tossing up between this and an 86,” Poynting, who led the field onto the circuit for the first ever official session in Newcastle last year, explained to Speedcafe.com.

“We just thought that utes would be the way to go as it’s kind of a point of difference and obviously Western Sydney Motorsport is already involved with the utes with Woodsy and Ben Walsh racing. 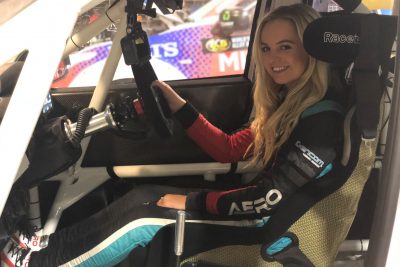 “They’ve got all their info and all the connections with Sieders Racing Team, so for us it seemed like the best way to go, to get in one for Newcastle.

“Then we were just talking about it and Craig said, ‘Well why don’t we do it for Bathurst too?’

“It’s (Bathurst) obviously something every race driver wants to do and we’ve been hoping since I started racing Aussie Racing Cars (2016) that they would get the round but we haven’t got it in the two years that I’ve been racing so hopefully we can make it happen.”

The drives are at this stage isolated starts, but Poynting could return to SuperUtes in 2019.

“It just depends how everything goes and obviously we’ve got no plans for next year yet but Craig and I have been in talks, just very casual talks, about jumping in one for a couple of rounds next year as well,” she said.

“I’ll probably still do a full season of Aussie cars next year and then just jump in the ute on the side.”

The Bathurst start is not locked in at this stage, but Thompson is confident that the car will be completed in team as long as Sieders’ five-strong stable of cars (including its own Hilux and two Mitsubishi Tritons) get through the next round at Sandown largely unscathed.

“She will run the Hilux that’s in the current build process,” Thompson confirmed to Speedcafe.com.

“We’ve got a timeline to have the car ready for Bathurst for her but it’s subject to what happens at Sandown because obviously the Sieders group are building the car and if we have issues at Sandown we might not make that car build for Bathurst.”

The Toyota is also set to run on the streets of Surfers Paradise although a driver has not been finalised for that weekend.

The addition of a fourth Hilux, already the most represented model in SuperUtes, comes off the back of news that Ranger Racing will expand its operations to a second Ford Ranger at Mount Panorama.

Round 5 of the inaugural SuperUtes Series supports the Rabble.Club Sandown 500 next weekend (September 14-16).