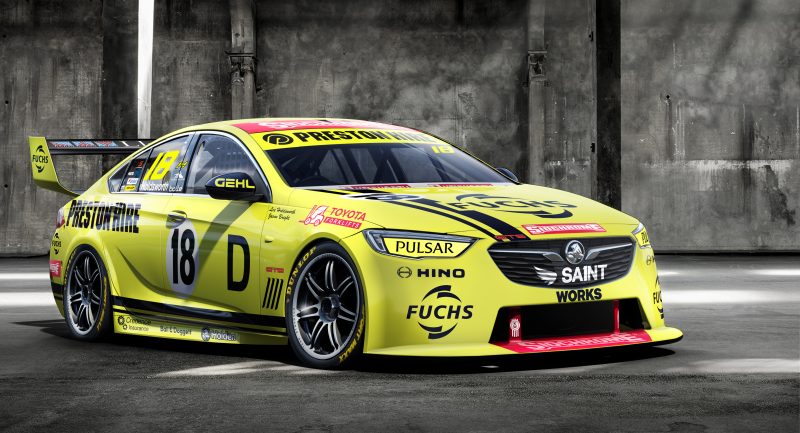 Preston Hire Racing has embraced the spirit of the Sandown 500 retro round by recreating the livery featured on the first Holden to win The Great Race.

The Melbourne squad’s ZB Commodore, driven by Lee Holdsworth and co-driver Jason Bright, will adorn the eye catching yellow and black colour scheme carried by the 1968 Holden Monaro of Bruce McPhee and Barry Mulholland at next week’s Rabble.Club Sandown 500. 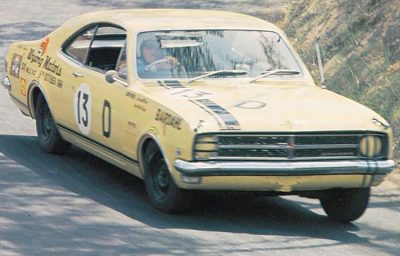 Fifty years ago underdogs McPhee and Mulholland managed to surprise factory teams in their privately run Monaro to become the first Holden winner of the Mount Panorama touring car classic.

McPhee drove all bar one lap at Bathurst that year.

Holdsworth believes the retro look is the perfect fit for Preston Hire Racing as it looks upset the larger teams in the opening round of the Pirtek Enduro Cup.

“There couldn’t be a more appropriate livery for Preston Hire Racing heading into the endurance season,” said Holdsworth.

“This scheme represents the livery of an underdog team that led Holden to their first win at the Mountain 50 years ago.

“We all start with a clean slate of points for the Pirtek Enduro Cup. Brighty and I will be pushing hard to spring a surprise result.”

Team owner Charlie Schwerkolt echoed the words of his primary driver as the squad looks to turn around a difficult season which is yet to yield a top 10 finish after 23 races.

“We have really turned the clock back with the coolest looking retro livery out there,” said Schwerkolt.

“I hope it brings some good fortune to a well deserved Preston Hire Racing Team. I think we have an amazing driver line-up with Lee Holdsworth and Jason Bright. I can’t wait.”

Co-driver Jason Bright is eager to make a return to Sandown having been a late addition to the squad’s enduro line-up as a replacement for Matthew Brabham.

The former Supercars full-timer has only completed a handful of laps in the car during a ride day at Sydney Motorsport Park followed by an outing in practice at the OTR SuperSprint at The Bend Motorsport Park last month.

“I am looking forward to Sandown and seeing our retro livery hit the track to celebrate the 50th anniversary of Holden’s first Bathurst win,” said Bright.

“I may have been slotted in late but I feel like Charlie, Lee and the team have been generous with the track running I received at The Bend and now I’m going to a track I am familiar with, so I’m sure we can surprise a few people.”

The squad is the second main game Supercars team to unveil its retro colours after Shell V-Power Racing revealed a vintage look earlier this week.

The Rabble.Club Sandown 500 will take place from September 14-16. 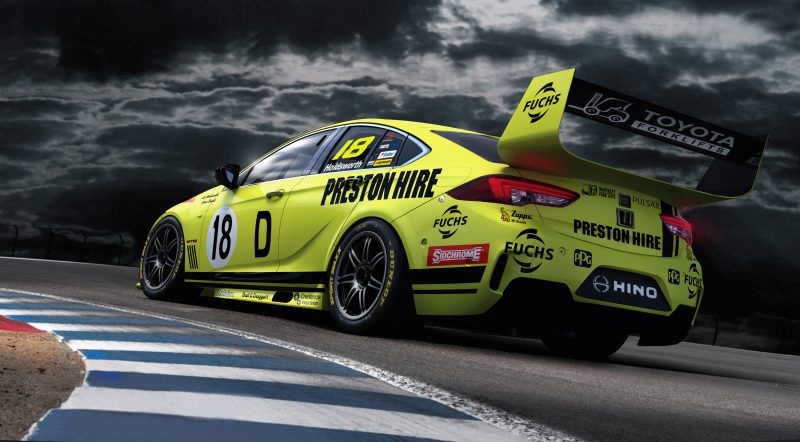