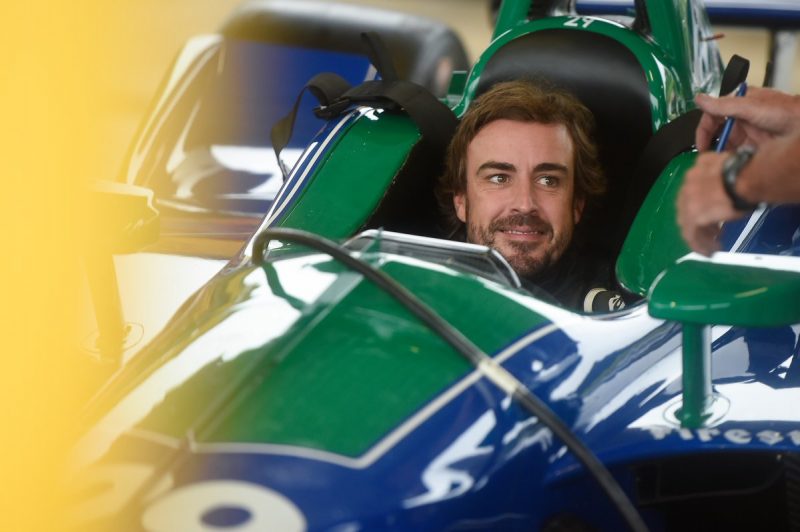 Fernando Alonso has had a ‘happy day’ as he became acquainted with an IndyCar on a road course for the first time.

Alonso ran in varied conditions with light rain during the morning before the track dried in the afternoon.

“I love to test new cars and to test the Indy car on a road course is something special.

“I’ve been lucky enough to test it in wet conditions, in intermediate conditions and in dry conditions, so overall I had a good feeling on every type of track. The weather was good for us today – a little bit of wind in the afternoon but overall a positive day.”

The Spaniard also expressed his satisfaction at finally driving an IndyCar on a circuit other then Indianapolis Motor Speedway, having not previously had room in his calendar to conduct a follow-up test on a road course. “It (the test) was something that I was looking for last year already,” explained Alonso.

“I had some options to test the car on a road course after the Indy 500. We didn’t find the time but this year it’s definitely happened now and I’m happy for this.

“I love being behind a steering wheel, and definitely a new car, a new experience, learning a lot of things from the team, the engineers, everyone, so a happy day.”

Alonso excelled in his first and so far only IndyCar race at the Brickyard in 2017 despite having not ever competed on an oval before.

The 37-year-old, who led laps on merit during the 500 before being struck out by an engine failure, was undecided when asked which discipline he preferred.

“Probably my instinct will tell me road course because it’s what I’ve been used to doing all my life, but the Indy 500 was an amazing experience, so 50/50,” he reasoned.

“I think I love the way the car feels on a road course, but I love the way you compete on ovals, timing the tows, traffic and all the overtaking manoeuvres I think are a little bit easy on the ovals, so in terms of track action, I loved the Indy 500.”

Alonso drove the car which Carlos Munoz piloted in a one-off entry for this year’s Indianapolis 500 at the Alabama circuit, which features in the early stages of the Verizon IndyCar Series calendar.

While the outgoing Formula 1 driver said that his future had already been decided regardless of the test, there was no further information on his or McLaren’s 2019 plans at Barber Motorsports Park.