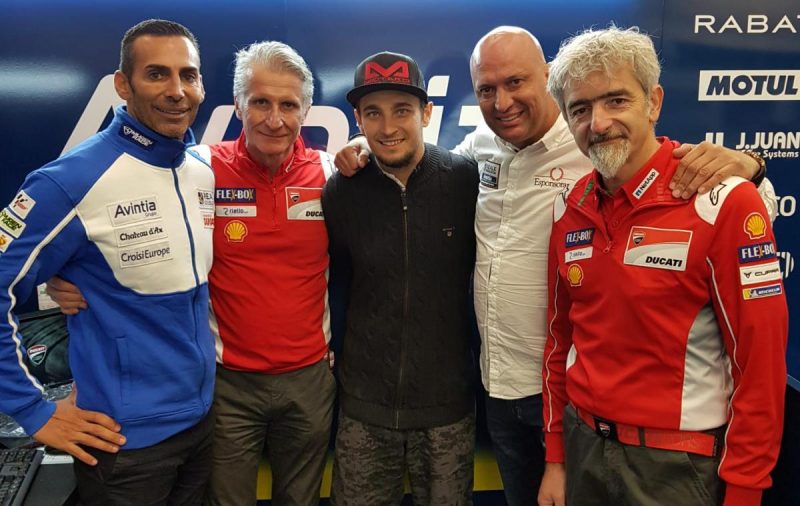 Karel Abraham has signed a two-year deal which will see him move to Reale Avintia Racing next year.

Abraham will ride a Desmosedici GP18 for Avintia, which confirmed an extension of its deal with Ducati for 2019 and 2020 in conjunction with the rider announcement.

The Czech is currently domiciled at fellow Ducati satellite team Angel Nieto Racing and is 23rd in the championship.

“I’m very happy to continue in MotoGP next year and would like to thanks for this opportunity to Reale Avintia Racing Team,” said Abraham.

“We signed in Silverstone (last round) because it was very important for me to finalise every detail of the contract in order to get competitive machinery.

“This worked out also thanks to a big help of Luigi Dall’Igna (general manager) and Paolo Ciabatti (sporting director) from Ducati factory.

“The important part is, that it will be Ducati GP18 with the newest specification, which has good results from this season. Thanks to that I believe, that we will be able to make some really good results and I am already very excited about the next season.”

There is no official word on who of Tito Rabat or Xavier Simeon will make way for Abraham.

Meanwhile, Red Bull KTM has advised that Pol Espargaro will return from injury this weekend at the San Marino MotoGP, subject to a medical on Thursday (local time).

The Spaniard has missed the last two race weekends after fracturing his left collarbone and inflaming his spinal cord in a warm up crash at the Czech MotoGP in early-August.