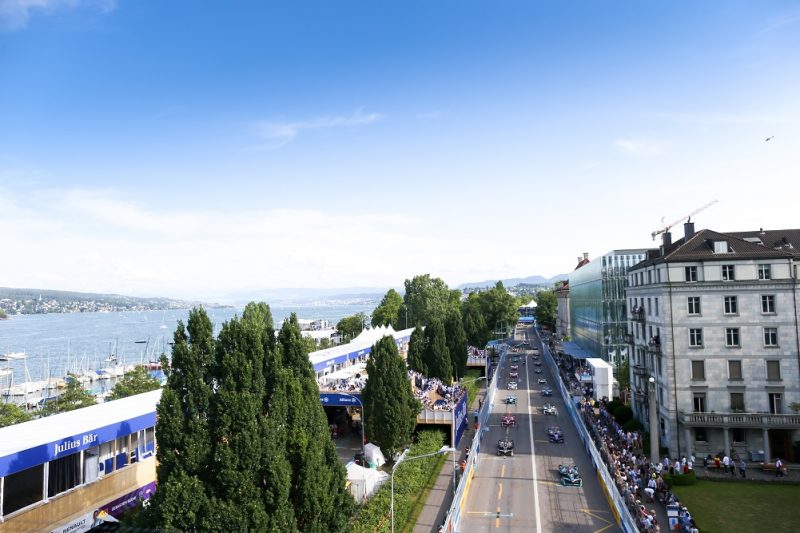 Zurich has been forced off the 2018/19 Formula E calendar but could be replaced by another race in Switzerland.

Motor racing made its return to Switzerland with Formula E debuting in the nation’s largest city earlier this year as part of the fourth season of the all-electric championship.

However, two other major events around the time of this year’s E-Prix (originally scheduled for June 10), namely the Zurich Pride Festival (June 15-16) and the triennial Zuri-Fascht (Zurich Festival, July 5-7), have caused local authorities to call the race off.

According to a statement from the City of Zurich, it intends for Formula E to return in 2020, but in a different location within the city.

“An additional major event would be too great a burden for the population,” read the statement, in part.

“The City Council has therefore decided not to grant approval for a Formula E race in Zurich in 2019.

“For the following year 2020 a permit can be promised. For the race, however, another venue would have to be found.

“The quarters on the lake basin are too narrow with their short side streets, the burden on the population there is too large, especially in view of the enormous amount of material that must be fed, built and taken away again.

“A working group with experts from the city administration and the organiser under the direction of the security department should examine possible venues and then submit them to the city council for a decision.

“If it is possible to find another suitable location, the city council will be in favour of a Formula E race in the city of Zurich in 2020. The city is currently in talks with the organisers.”

Formula E has indicated that another race in Switzerland remains a possibility.

“Unfortunately, it wasn’t possible to find alternative dates that worked for both the city of Zurich and our calendar of events in 2019, but we remain in conversations for a potential return in 2020,” read a Formula E statement.

“The Zurich E-Prix in June proved to be a huge success at both a national and international level, seeing great participation on all fronts from multiple stakeholders, including fans, sponsors and media alike.

“This has also sparked interest from other cities within the country and our promoter is leading a number of discussions to look at alternatives for this coming season.

“We’re currently evaluating the best option from a technical and commercial perspective.

“With Formula E bringing back motorsport to Switzerland after nearly six decades, we can only be proud of how well we’ve been received nationwide.”