Two XDs for Sandown TCM round

Two XDs for Sandown TCM round 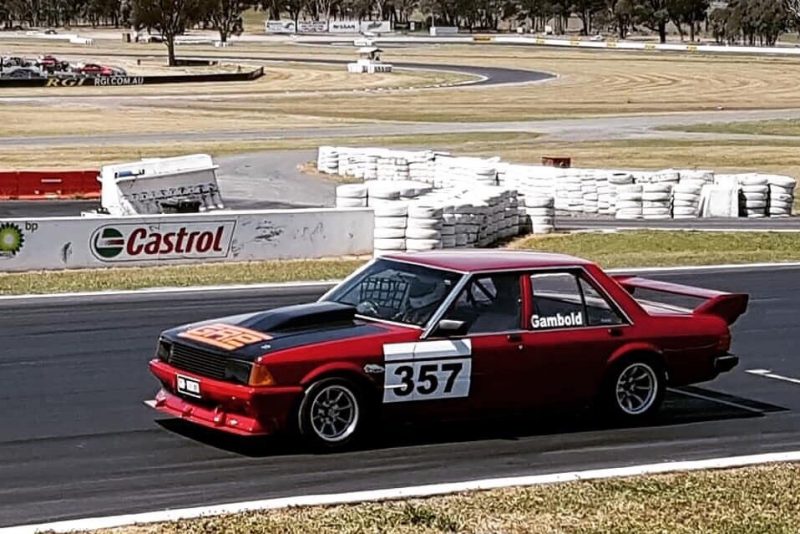 The Gambold XD as it ran in the Victorian V8 Series

Two XD Falcons are set to be on the grid for Round 6 of Paynter Dixon Touring Car Masters later this month at the Sandown 500.

As previously reported, Marcus Zukanovic is poised to give the XD Falcon its long-awaited Touring Car Masters debut after a test believed to be taking place today.

In addition, fellow Victorian team Gambold Racing will make the step up from the Victorian V8 Series ranks with an updated XD which has raced in that series to Improved Production specification.

Damien Gambold will drive the car in the Invited class given that it is not yet fully compliant with TCM regulations, but father and team owner Noel has expressed an aim to enter multiple rounds next year.

“We tested it at Winton on the weekend (of August 18-19),” Noel Gambold told Speedcafe.com.

“It was just a sprint meet, just a final test before Sandown. The car’s all set to go.

“This car will be there unless I have a heart attack or it catches fire or something but it’s definitely going to be there.

“We’ve raced the car (with Damien as driver) at state level in the Victorian V8 Series, and had some success at Winton, but we’ve never really raced at Sandown, that’s for sure.

“We’re hoping to just run around half a dozen positions from the back maybe, and just get to (the finish of) four races; simple as that, really. You’ve got to start somewhere.”

Noel Gambold said that the appearance of New Zealand’s Central Muscle Cars at the Supercheap Auto Bathurst 1000 two years ago, when they raced in a combined field with TCM, led to the move.

“What inspired me straight away was seeing the XD Falcon at Bathurst two years ago when the New Zealand cars came over, with Dean Perkins driving it,” he added.

“He shared the front row with Seton when they had the New Zealand cars down one side and the Australian cars down the other side (of the grid).

“We had the car anyway, up and running, and I said to myself and my mates at the time, ‘The XD will be in this category soon’ and we just started chipping away.

“It’s been a year-long process; we’ve hardly raced for a year just to try and save the money because it’s a big thing to go to national level.”

Category Administrator Rowan Harman has confirmed that both XDs are on the way for the next round at the Melbourne circuit.

“(The Gambolds) were going to run at Winton but they didn’t get some of the componentry in time so they’ve continued in the change of spec of the car and they’re going to have a run at Sandown with us,” he confirmed to Speedcafe.com.

“The car is pretty close. There are just a couple of little body changes so it’s actually running in the Invited class. It is an existing car but it wouldn’t take much to be fully TCM compliant.

“Zukanovic is testing (this) week so the car’s running and all good, so we’re eagerly awaiting the arrival.”

Speedcafe.com understands that the Zukanovic car will test today at Winton.