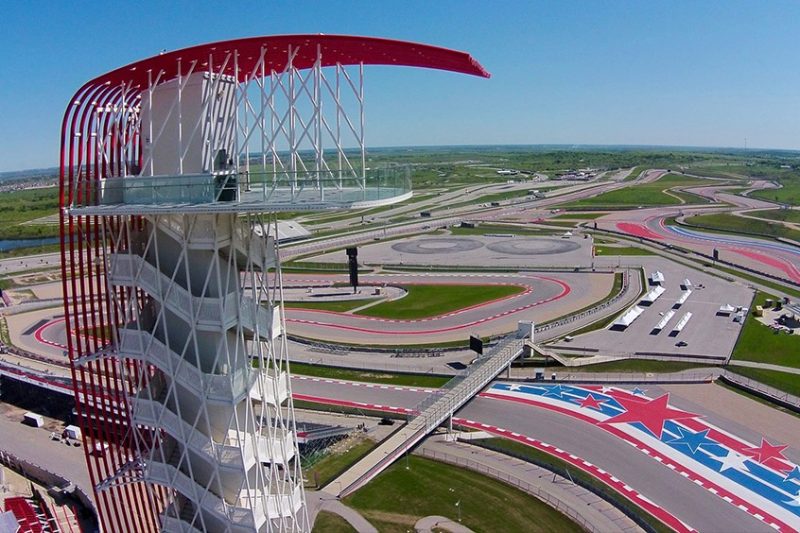 Circuit of the Americas pic: IndyCar.com

IndyCar has released a 17-race calendar for the 2019 season, confirming that it will race at the Circuit of the Americas (COTA) for the first time.

Next year’s calendar features the same number of races as did the 2018 version, but runs a week longer given a slightly later finish.

COTA replaces Phoenix, making for an increase in the number of road course races to seven at the expense of the mile-long oval, while Laguna Seca takes over from Sonoma as the finale.

As Phoenix did this year, COTA will host Race 2 of the season after the now customary opener on the streets of St Petersburg.

“COTA is one of the finest motorsports facilities in the world and Austin is a happening city. This a natural fit for the IndyCar Series,” said Mark Miles, the President/CEO of IndyCar’s parent, Hulman & Co.

“Indy car racing has a large and passionate fan base in Texas with a hunger to attend more races. This added date will allow us to deliver both oval and road course events to the state in a single season.”

Barber Motorsports Park pivots from the weekend after to the weekend before Long Beach, which keeps the same date, leaving a four-week gap until the IndyCar Grand Prix on Indianapolis Motor Speedway’s road course.

The 103rd running of the Indianapolis 500 takes place on May 26 and is again followed in consecutive weekends by the Detroit double-header and Texas Motor Speedway, which recently inked a new four-year deal to host IndyCar.

Road America continues to host the 10th race of the season but Iowa moves behind Toronto in order to enable a return to night racing on the 0.875mi oval.

Mid-Ohio, Pocono, Gateway, and Portland, are all unchanged for 2019, before the season ends at Laguna Seca.

The calendar comprises five each of street circuits and ovals in addition to the seven road course races.

“IndyCar has worked to deliver a consistency and cadence to the schedule and that is reflected again in 2019,” said Miles.

“We’ve added races at a pair of tracks that know how to put on fantastic events, while returning to tracks where IndyCar has longstanding relationships on familiar race dates.

“The diversity of next year’s schedule will continue to make what we believe is the most challenging and competitive championship in motorsports.”

There is just one race left in the 2018 Verizon IndyCar Series, at Sonoma on September 14-16 (local time).