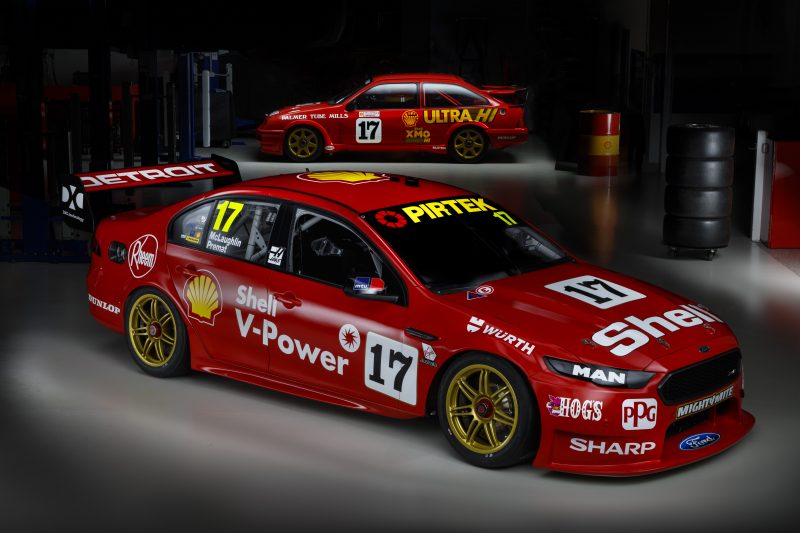 The Queensland squad will adopt a recreation of the iconic red livery carried by Sierras of Johnson and John Bowe that dominated the 1988 ATCC season on its Falcons for Scott McLaughlin and Fabian Coulthard for next week’s Rabble.Club Sandown 500 retro round.

Piloted by Johnson and Bowe, the Shell Ultra-Hi Racing Ford Sierra RS500 Cosworths scored eight wins from the nine championship rounds, including a one-two at Sandown on the way to first and second in the drivers’ standings.

“Those Sierras were the best touring cars on the planet, and we were completely and totally on top of our game,” said team co-owner Dick Johnson.

“Seeing that classic livery on these cars is very special and brings back many great memories.

“It’s hard to believe it’s been 30 years, but amazing to relive those fantastic times and see that livery back on track.

“Hopefully we can be as successful at Sandown as we were throughout the ’88 season.”

After running a partial retro livery at Sandown last year, Shell V-Power Racing managing director Ryan Story is excited to be able to pay tribute to the team’s rich history with a special colour scheme.

“We had a really good run in 2016. We were able to celebrate both the DJR and Team Penske’s heritage.

“This time out, we’re celebrating Dick’s championship win in ’88, and those iconic red Shell Sierras, which Dick and John Bowe absolutely dominated with in the late ’80s.

“We’re pretty excited about it. It’s the last car in this iconic red, blue, yellow and green mix for us to have done an homage to, so we’ve been able to do it the right way and it’s something we’re very proud of.”

The new look Shell Falcons will be steered by McLaughlin and Coulthard, who will be joined at Sandown by co-drivers Alexandre Premat and Tony D’Alberto respectively.

Today the squad plans to head to Queensland Raceway for a test day in preparation for the Pirtek Enduro Cup, which begins at Sandown from September 14-16. 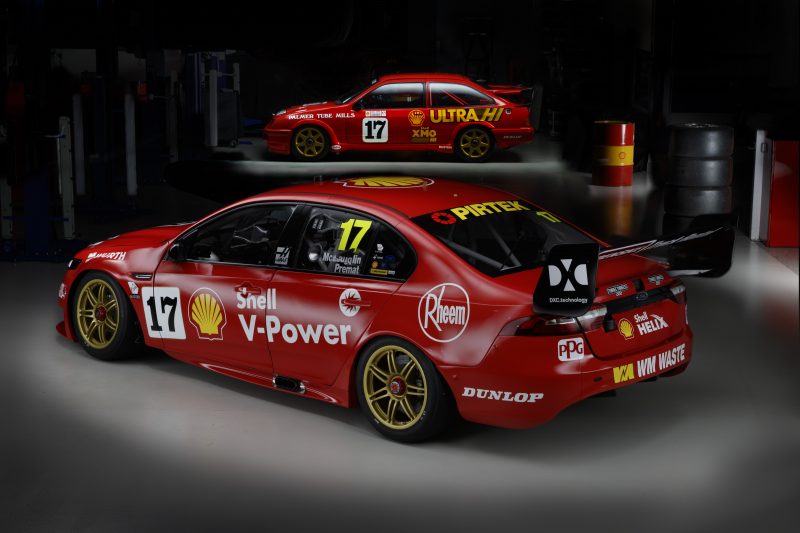