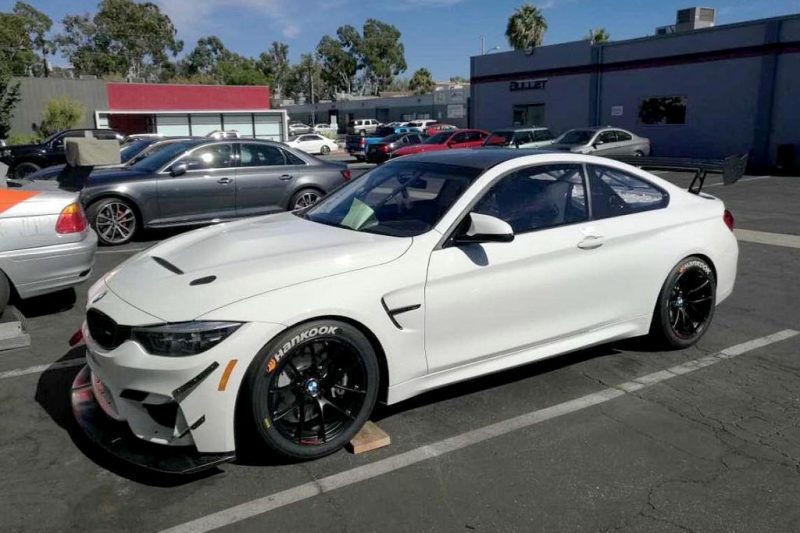 The US-based RHC Lawrence/Strom by MARC Cars team has confirmed its return to the Liqui-Moly Bathurst 12 Hour in a brand-new BMW M4 GT4 in 2019.

The team, which finished fourth in Class C (GT4) in an M4 this year, will again race with support from Queensland’s MARC Cars Australia operation.

Of the four-driver line-up of Daren Jorgensen, Brett Strom, Cameron Lawrence, and Kuno Wittmer which tackled the 12 Hour in 2018, the former two have been confirmed for next year’s race.

That same pairing returned to Australia to finish second outright in April’s Hi-Tec Oils Bathurst 6 Hour and also won the GT4 class in the Phillip Island 101 in June.

“We are returning in a brand-new BMW M4GT4 which will be shipped to MARC Cars in a few weeks,” said Jorgensen.

“Two drivers will definitely be back – Brett Strom and myself. We’re still working on the remainder of the driving line-up and we’re looking at whether we go three or four drivers – I love to drive the Mountain way too much and don’t like to give up my driver time.

“We’ve had a great year in Australia. The Bathurst 6 Hour was fantastic and in June we won the Australian GT Endurance Championship race at Phillip Island – and we’ll be back there in the Production Car later in November.”

Matthew Brabham, Aaron Seton, and Tony Longhurst won the GT4 class by four laps in the latter’s own M4 in this year’s Bathurst 12 Hour.

Next year’s event is set down for January 31-February 3.