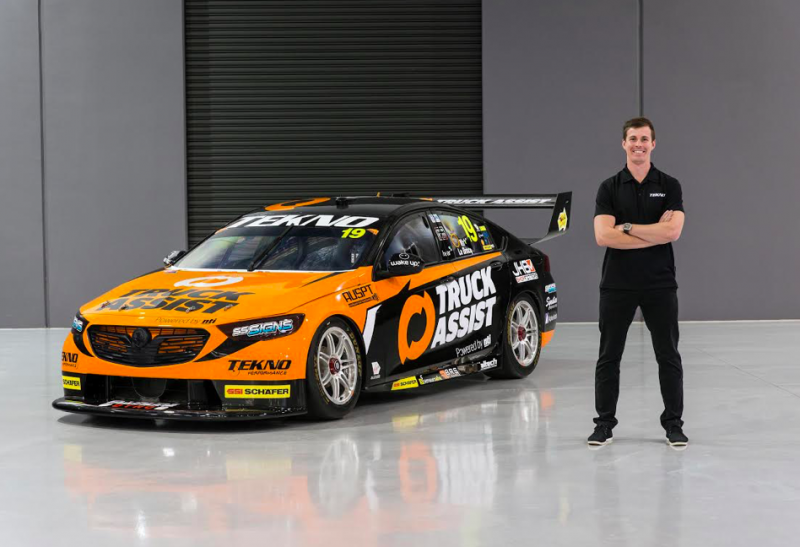 Supercars rookie Le Brocq will run the bold orange and black look for the upcoming Pirtek Enduro Cup endurance races and the season finale on the streets of Newcastle in November.

Tekno has been operating a rolling sponsorship model on its #19 Holden this year which has included primary branding from its road car performance arm Tekno Performance at the last three championship rounds.

Le Brocq has emerged as the leading rookie this year since stepping up from the Dunlop Super2 Series.

The 26-year-old has scored five top 10 finishes including a season best fifth at Symmons Plains in April that has seen him occupy 18th in the championship standings.

Le Brocq is now preparing for the Rabble.Club Sandown 500 where he will share the ZB Commodore with Tekno owner Jonathon Webb.

Truck Assist revealed its Supercar sponsorship at the Tekno headquarters on the Gold Coast today alongside their restored, custom 1946 Ford Jailbar truck, to be publicly debuted at the upcoming Sandown 500 Retro Round.

“It’s awesome to be partnering Truck Assist for these important events and to be able to bring a new sponsor to the sport,” said Le Brocq.

“Our Truck Assist Commodore looks fantastic in orange-and-black, and Jonathon and I are looking forward to continuing our progress toward the front of the field.”

Tekno is due to step up its enduro preparations with a test at Queensland Raceway tomorrow alongside DJR Team Penske, Triple Eight and Matt Stone Racing.

The team’s new look Holden is set to make it competitive debut at the Sandown 500 to be held from September 14-16. 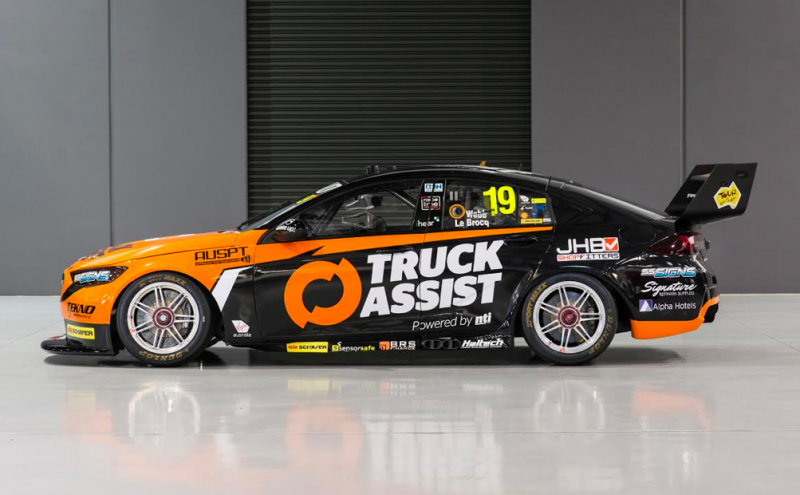 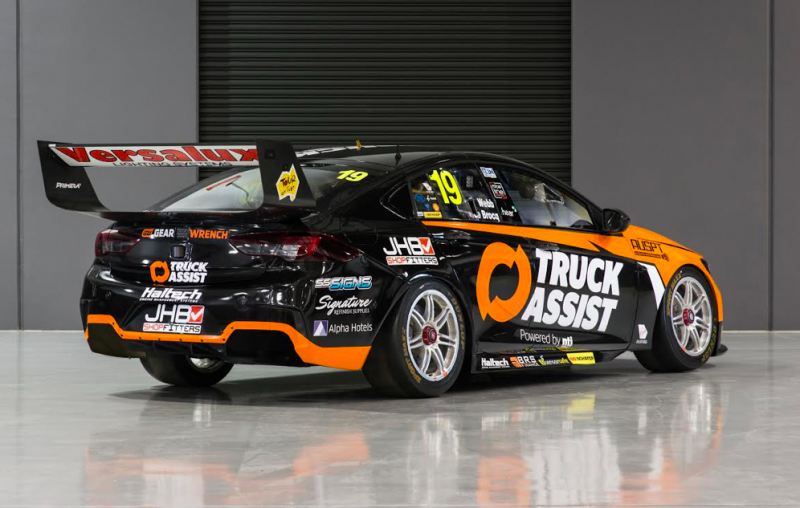 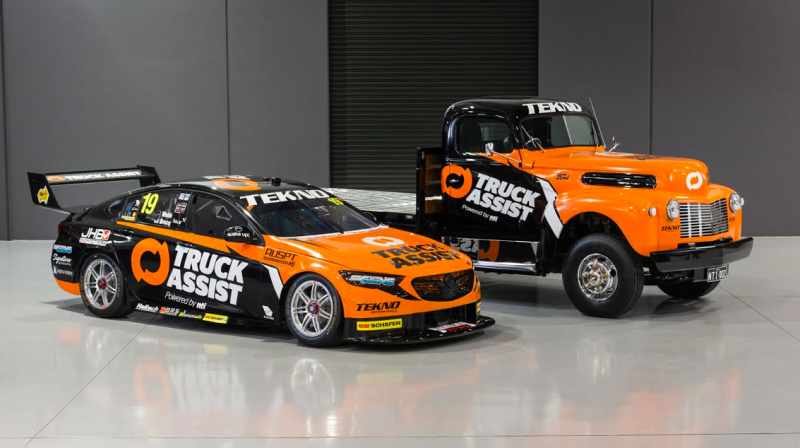 Truck Assist revealed its Supercar sponsorship at the Tekno headquarters on the Gold Coast today alongside their restored, custom 1946 Ford Jailbar truck, to be publicly debuted at the upcoming Sandown 500 Retro Round.