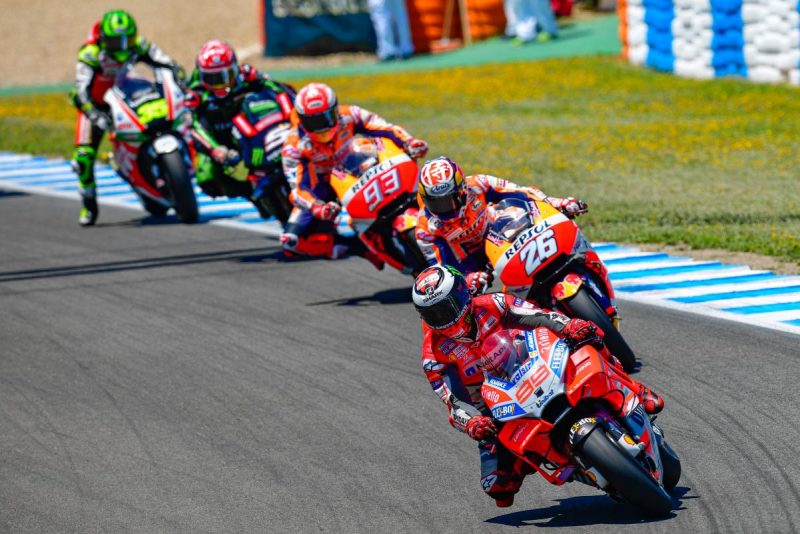 The 2019 MotoGP calendar has been released pic: MotoGP.com

Dorna has released a largely unchanged provisional calendar for the 2019 MotoGP World Championship with no new races to add.

The season will again run for 19 rounds and is virtually a repeat of 2018 but for some rounds being moved forward or back by a week.

The Australian MotoGP at Phillip Island will again run on the weekend ending on the fourth Sunday of October (October 27).

A new round had been set to be added in Finland but construction on the KymiRing will not be finished in time.

Dorna had been looking at going to Mexico’s Formula 1 venue Autodromo Hermanos Rodriguez in its place, but riders objected on safety grounds and the round is off for now.

At the start of the season, the flyaway races in Qatar, Argentina, and the United States of America all take place a week earlier.

The European phase of the season is unchanged until the German MotoGP, which also comes forward to take up the weekend immediately following the Dutch TT and restore the summer break to four weeks.

Furthermore, the German round remains at the Sachsenring despite reports of ADAC investigating a move.

San Marino is the only round to shift backwards to avoid a clash with the Italian F1 Grand Prix, meaning that it and Aragon also run back-to-back.

The Asia-Pacific flyaways hold their current slots, as does the season-ending Valencia MotoGP in mid-November.

A revised pre-season testing schedule was issued in August, but will begin as usual after this year’s Valencia round.

The current season continues this weekend at Misano.