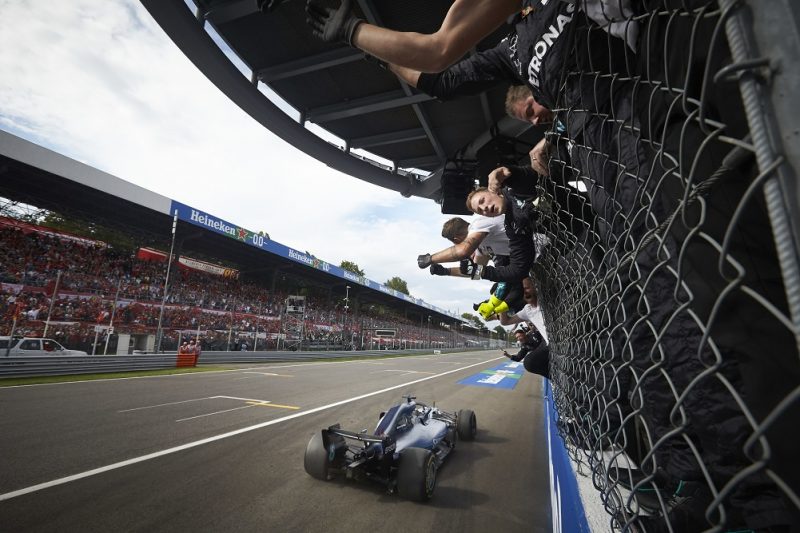 Mercedes is currently at a loss to explain how it matched Ferrari’s race pace at Monza after the Scuderia locked out the front row for the Italian Grand Prix.

It was an outcome which seemed unlikely after the Ferraris had also shown superior pace as they topped Friday practice at the team’s home grand prix.

Mercedes, however, matched and arguably exceeded the lap speed of the red cars during the race, a development Toto Wolff says the team will need to pore over to understand why.

“I don’t understand it,” said the Mercedes boss.

“The performance pattern has completely changed from (qualifying) to (race), and I haven’t got an explanation yet.

“Maybe the clever people around Shov (Andrew Shovlin, chief race engineer) will know, but I think we just need to analyse it.”

Wolff did venture that Ferrari may have at its disposal a qualifying mode which leads to the disparity on Saturdays.

However, he also alluded to Vettel, Hamilton’s only realistic rival for the drivers’ championship, incurring damage during their Lap 1 run-in.

“It looks like the performance that they are able to deploy on one lap is maybe something that they cannot replicate throughout the race,” suggested Wolff.

“I don’t want to go any further because it could be read in another way that I am trying to find excuses, but they have certainly had a very, very good car (in qualifying) and a good car (in the race). But we haven’t seen Sebastian perform in a car without any damage.”

He nevertheless hailed the effort from the Silver Arrows’ crew after Vettel had comfortably won the Belgian Grand Prix a week earlier.

“I am very proud of the work the team have done, all the engine guys and the chassis guys from Spa to Monza,” affirmed Wolff.

“And I would have also said that if he hadn’t have won.”

Hamilton’s win took him to 30 points clear of Vettel, more than a full race, while Mercedes’ advantage over Ferrari on the constructors’ standings is 25 points.