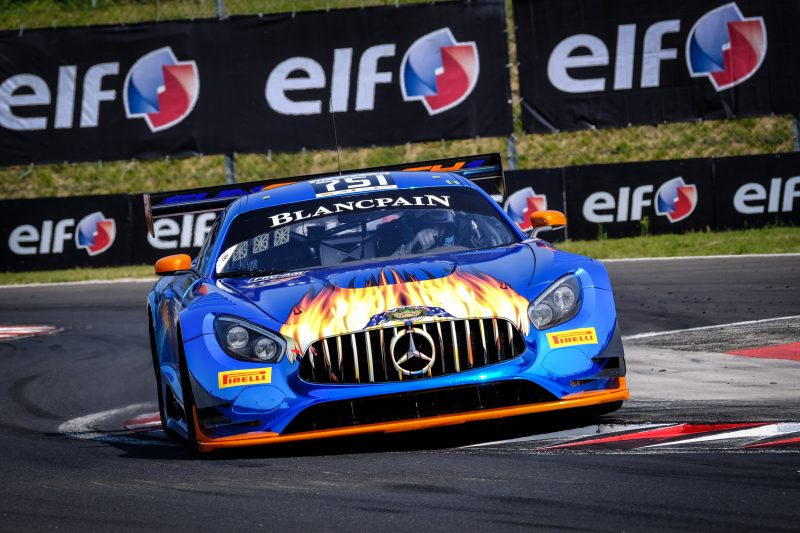 Jamie Whincup will have to wait for another opportunity to race in the United States after an illness forced car owner Kenny Habul to withdraw an entry from this weekend’s round of the WeatherTech SportsCar Championship.

The seven-time Supercars champion had taken up an offer from countryman Habul to race his SunEnergy1 Mercedes-AMG GT3 at the famous Laguna Seca circuit.

However, Habul was forced to pull out of Race 2 of last weekend’s Blancpain GT Series Sprint Cup at the Hungaroring due to illness.

Habul and co-driver Tristan Vautier won the Pro-Am class in the opening race in Hungary on Saturday before a fever and severe stomach cramps crippled both drivers and forced them out of the following day’s event.

The expat Australian flew directly back to the US to a hospital in Connecticut while Vautier was checked into a local hospital in Hungary.

This weekend’s event would have been a rare international appearance for Whincup, who was set to fly to the US on Thursday morning after a Supercars test at Queensland Raceway tomorrow (Wednesday).

“I was looking forward to racing at Laguna Seca, but that’s the way things go,” said Whincup.

“You know if Kenny pulls out of a race he must be seriously sick because he just loves being out there.

“I am sure there will be more opportunities for us to team up together again.”

Habul was looking to use this weekend as a solid hit out before the Pirelli World Challenge event at Laguna Seca at the end of October.

“It has been a tough call, but I am still in hospital,” said Habul.

“I am sorry to have to do this to Jamie, but he has been very understanding and I will make it up to him somewhere down the track.

“We are not sure what caused the illness, but the whole experience has been very ordinary and I am not sure how long it will take to be back to 100 percent.

“We had to make the call now so not to mess Jamie around too much because he is heading into a pretty important part of the season in Australia.”

Whincup will now focus on preparing for the Rabble.Club Sandown 500 Pirtek Enduro Cup opener to be held from September 14-16.