Gasly hits out at ‘aggressive’ Alonso

Gasly hits out at ‘aggressive’ Alonso 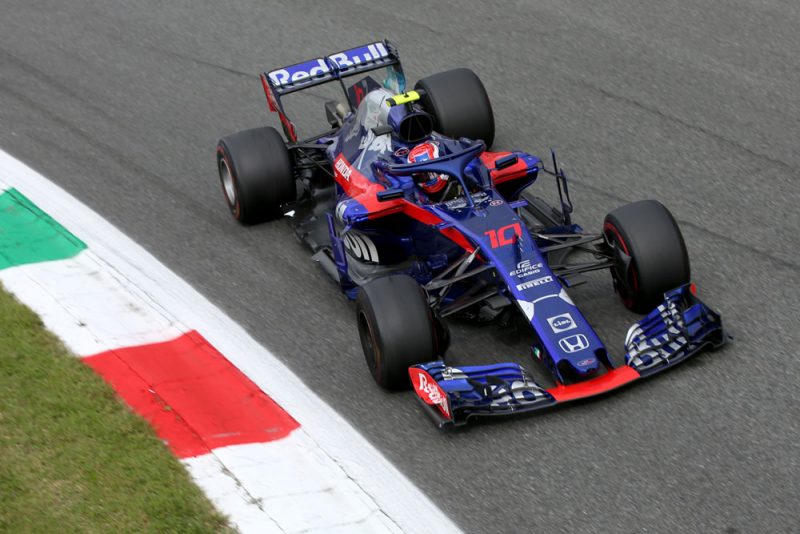 Toro Rosso driver Pierre Gasly has hit out at Fernando Alonso after the pair tangled during the Formula 1 Italian Grand Prix.

Battling shortly after the safety car restart in the early stages of the race, Gasly says Alonso forced him over the kerbs at the opening chicane.

The incident left the Frenchman to suggest that Alonso, who is set to leave F1 at the end of the season, has become even more aggressive since deciding his future.

“I think his approach is a bit different because he knows he is not going to be in Formula 1 next year so it looks like he is behaving more aggressive than we was before,” said Gasly.

“For me what he did was not fair. We know that if you are alongside you need to leave space for one car and today he didn’t.

“I know he doesn’t like us (Toro Rosso) because we have the Honda engine but nevertheless when you race with drivers you (must be fair).”

Gasly’s car sustained damage in the incident, which was largely missed by television cameras, though the Toro Roso driver claimed it robbed him of his ultimate pace.

“Basically, we came to Turn 1 after the Safety Car side-by-side and I went on the outside and (Alonso) pushed me completely out of the track,” Gasly explained.

“I tried to stay on track as much as I could but he didn’t leave me the space so I had to jump over the kerb and then he also touched me and completely damaged the right side of my floor.

“From there on from Lap 8 or something the car was completely broken and I was sliding everywhere. We knew it would be really difficult.”

The incident went unpunished, while elsewhere Max Verstappen picked up a five second time penalty for contact with Valtteri Bottas after the Red Bull driver was judged to have crowded the Mercedes under braking.

In that instance the five-second penalty dished out saw the Dutchman fall from third to fifth, behind both Bottas and Sebastian Vettel.

Gasly meanwhile struggled home in 14th, while Alonso failed to see the finish after experiencing a loss of power on Lap 9.