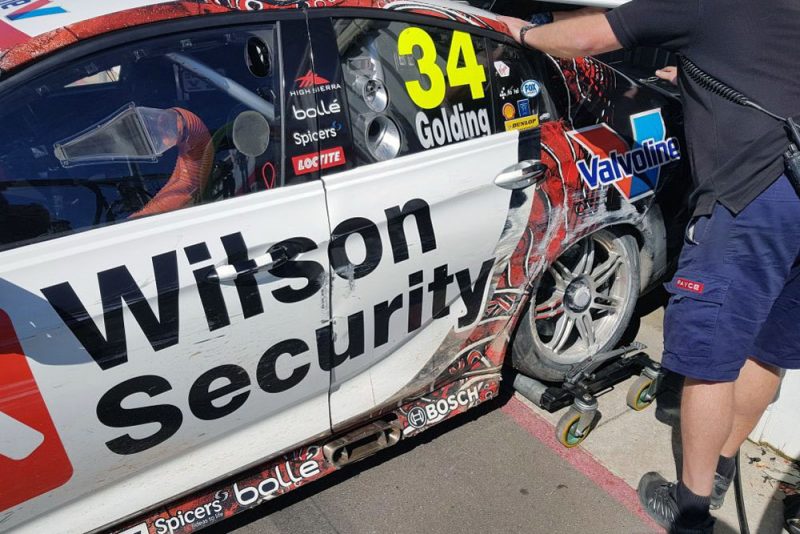 A brush with the wall for Richard Muscat has put a halt on proceedings at Garry Rogers Motorsport as the team works to repair James Golding’s #34 ZB Commodore.

Muscat found the wall at the exit of Turn 2 after two hours of running as the Victorian teams began testing ahead of the Pirtek Enduro Cup.

“We just had a bit of a slide,” Muscat told Speedcafe.com.

Muscat stopped the car on circuit, drawing the day’s first red flag as it was returned to the GRM garage on a flatbed truck.

Despite the impact, damage was comparatively light, with the team expecting to get back on track before noon.

“We just did a lower and upper arm on the left rear, and apart from that the car was good,” Muscat said.

“So we’ll just change those two arms, put in a patch, and get back out there.

“It wasn’t a big hit, just the way it hit the car, the way it went it, just popped that left rear but apart from that… the patch will probably take longer to repair than the repair.”

With Muscat’s car cleared, the session was restarted, teams losing a total 15 minutes of running.