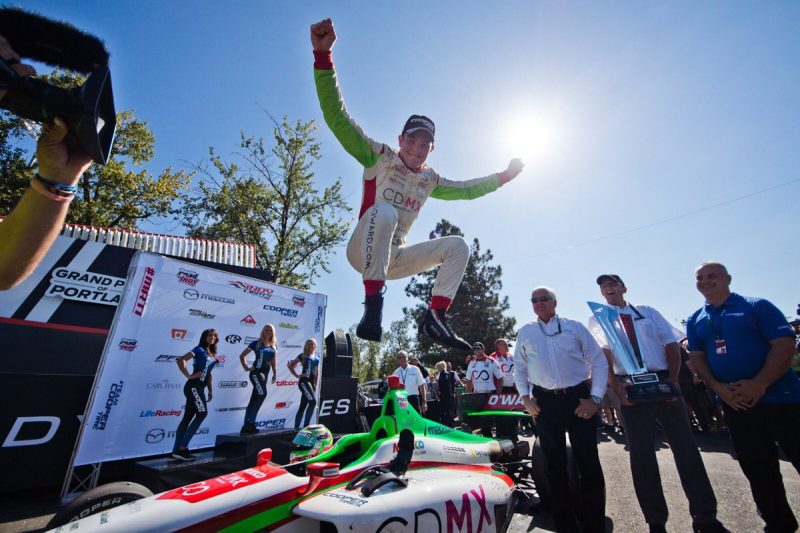 Patricio O’Ward won both of the Indy Lights races at Portland International Raceway and with it the 2018 title.

O’Ward headed Andretti Autosport teammate Colton Herta in Race 1 for his eighth victory of the season, with enough points to seal the championship title already despite there being one more race to go.

Herta muscled his way by O’Ward for the lead early on in the first encounter, but the latter came back at him with an aggressive move on Lap 14 to re-take the lead and ultimately the win.

With the title in the bag, O’Ward managed to avoid early carnage in Race 2 to go out in style in his 2018 championship-winning campaign with a victory in the final race.

O’Ward’s title yields him a scholarship valued at $1M USD to guarantee entry into three Verizon IndyCar Series races in 2019, including the Indianapolis 500. 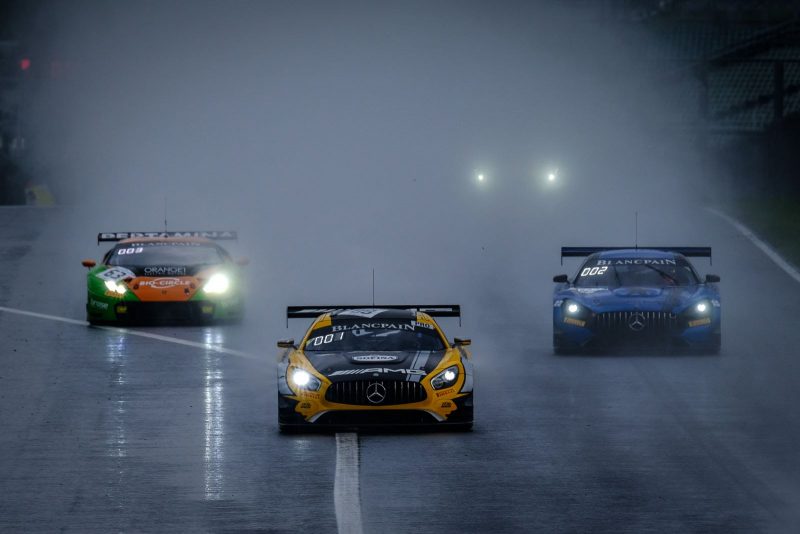 Lamborghini and Mercedes shared race honours at the Hungaroring round of the Blancpain GT Series Sprint Cup.

Engelhart made a rapid start from fifth on the grid to get the car into the lead on a greasy circuit, while Bortolotti was able to manage the gap to second in the closing stages following the pit stops.

Raffaele Marciello hunted down the race leader aboard his AKKA ASP Mercedes-AMG GT3 but finished second at the line.

Denis Bulatov looked set for a second place finish in the sister Mercedes but spun late in the race, enabling Marciello to slide through into the runner up position.

Bulatov brought the car he shared with Nico Jamin home in third.

Championship leaders Alex Riberas and Christopher Mies suffered a DNF after Riberas spun and made contact with the wall on the main straight.

In a rain-soaked Race 2, Michael Meadows and Marciello gave Mercedes its first win of the season as the former held off a charging pack for the win.

Australian Kenny Habul enjoyed a dominant Race 1 win with co-driver Tristan Vautier, with the duo leading the Pro-Am class from start to finish in their SunEnergy1 Racing Mercedes.

Illness, however, meant Habul and his Mercedes could not take part in Sunday’s proceedings.

The Blancpain GT Series travels to Germany for its next event at the Nürburgring from September 14-16. Yifei Ye and Christian Lundgaard shared top honours in Formula Renault Eurocup at the Hungaroring, while Oscar Piastri proved the best of the Australian contingent.

Ye beat pole-man Lundgaard off the the line and held strong on an early Safety Car restart to take his second win of the season.

Piastri headed up the Australians in Race 1 with a seventh place finish, with countrymen Thomas Maxwell and Alex Peroni in 11th and 13th respectively.

A rain-soaked track greeted drivers on Sunday for Race 2, with Lundgaard getting away cleanly from pole and heading the spray into the opening few corners.

Peroni moved into third but dropped down the order with a late Safety Car marring proceedings.

Lundgaard secured the win by 0.4s ahead of Fewtrell, Lorenzo Colombo and Piastri in fourth.

Peroni was next in fifth while Maxwell came home in 15th.

Lundgaard takes the series lead to the Nürburgring for Round 8 from September 14-16. 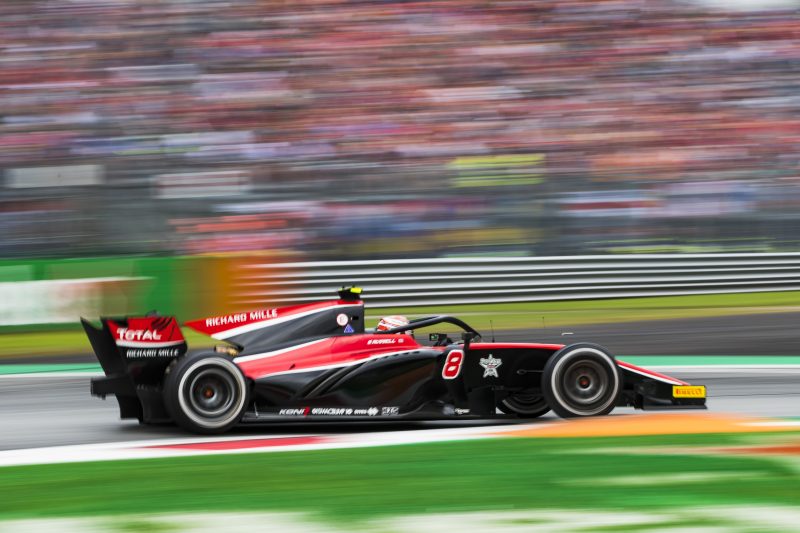 Tadasuke Makino bagged a surprise maiden Formula 2 win, while championship leader George Russell extended his lead at the top of the standings with a victory in the Sprint Race.

Makino started the Feature Race from 14th on the grid, but was one of three drivers to do so on the medium tyre, charging to the front by Lap 5.

All the while, the rest of the field were struggling with tyre wear on their supersofts, having to pit early as Makino stretched his advantage out front.

When the Japanese driver pitted for his mandatory stop, he emerged comfortably ahead of Russian Time team-mate Artem Markelov, who followed home in second.

Alexander Albon got himself into third after a move on Russell, demoting the Mercedes junior to fourth.

Russell then had to defend from rival Lando Norris, with the latter subsequently falling behind Nicholas Latifi who grabbed fifth.

Latifi quickly leapt into the lead at the start of Sunday’s Sprint Race, but was duly passed by Russell, who then made a mistake letting Markelov into the lead.

Russell raced back up behind Markelov, who made an error of his own, leaving Russell to cruise back through for the win.

Markelov managed to hold onto second despite a late lunge from Sergio Sette Camara who settled for third.

Norris meanwhile crossed the line fifth and now sits 22 points behind title rival Russell at the top of the standings, with F2 heading across to Sochi for Round 11 from September 28-30. 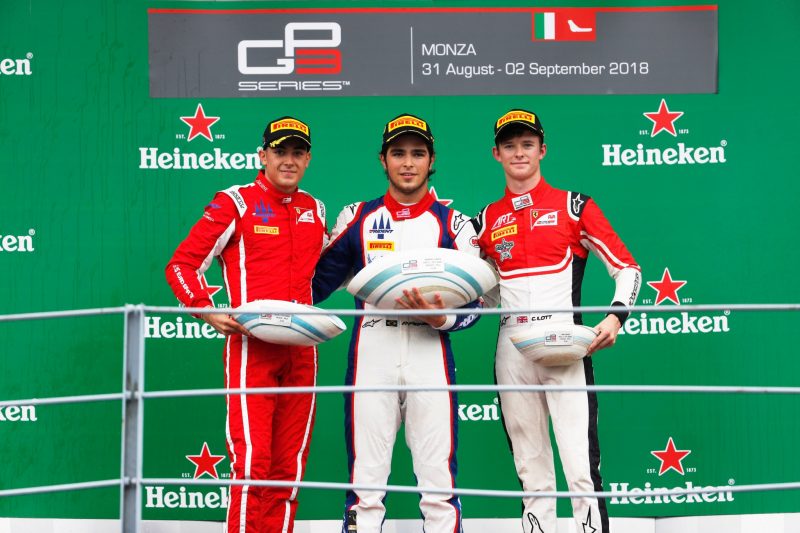 David Beckmann chalked up his second win of the GP3 season in Race 1 at Monza, while Pedro Piquet prevailed in an epic duel for the win in Race 2.

Beckmann led from pole on a wet track following a shower of rain before the race, comfortably opening up an early margin and crossing the line six seconds ahead of the next car.

Anthoine Hubert finished second, as a problem caused third place man Leonardo Pulcini to drop down the order in the closing stages, handing the final spot on the podium to Callum Ilott.

A thrilling battle for the win between Trident team-mates Piquet and Giuliano Alesi highlighted Race 2 as the pair duked it out for lap after lap.

In the end, it was Piquet who emerged victorious after making a penultimate lap pass on Alesi to secure the win by 0.4s.

Hubert ran third for much of the race, tucked up behind the leading duo and mounting an attack at one stage, but eventually fell into the clutches of Ilott in fourth.

With the use of DRS, Ilott moved by his championship rival at the first chicane and was able to retain the position until the finish.

However, the pair were later both disqualified from the results for tyre pressure offences, promoting Russian Nikita Mazepin to third.

Australian Joey Mawson finished outside the top 10 in both encounters, grabbing 12th in Race 1 and 15th in Race 2 aboard his Arden.

Hubert leaves Monza with a 29-point lead over Mazepin in the series standings, with Sochi hosting the next round from September 28-30. 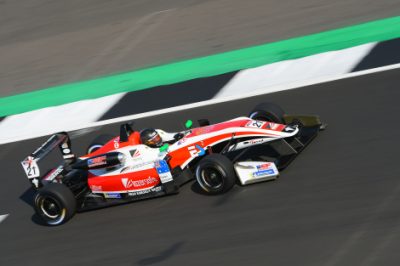 Australian Calan Williams endured a weekend of mixed fortunes in the Euroformula Open series at Silverstone.

Williams started Race 1 from fifth, but ran off the road in the opening laps, dropping him down the order.

A similar mistake at the start of Race 2 saw Williams plummet through the field again after starting in the top five.

He managed to recover to an impressive eighth place finish at the chequered flag, as Dutchman Bent Viscaal claimed his first victory.

The Euroformula Open will head to Monza next for Round 6 from September 22-23. 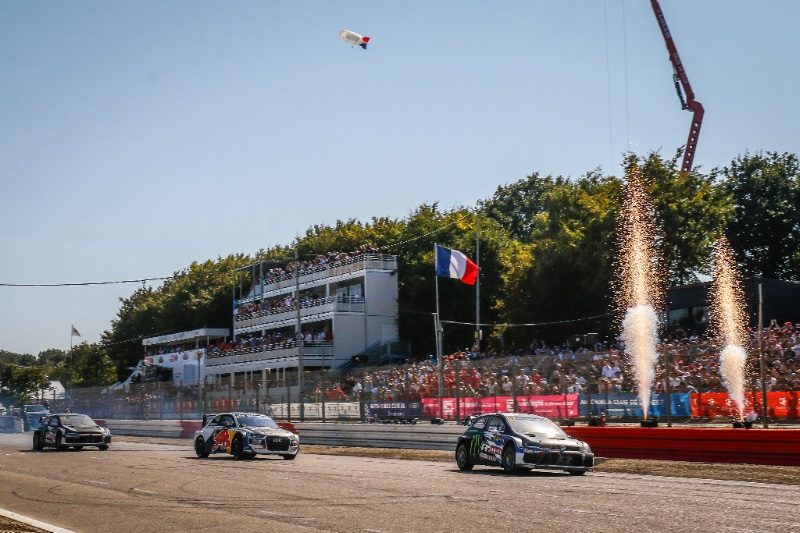 Sweden’s Johan Kristoffersson took victory in Round 8 of the World Rallycross Championship in France.

The Volkswagen driver snatched the lead in the final after taking his joker lap on the second tour, crossing the line first in his Polo R.

Audi’s Andreas Bakkerud set off from pole position, finishing the final in second which moves him up to the same position in the World RX Drivers’ standings.

Norwegian Petter Solberg made it two Volkswagens on the podium in third, as Mattias Ekstrom and Timmy Hansen completed the top five.

Kristoffersson continues to hold sway at the head of the Drivers’ standings, while Volkswagen extended their lead in the Teams’ championship with the double podium.

Latvia is the next stop on the World Rallycross calendar from September 15-16.