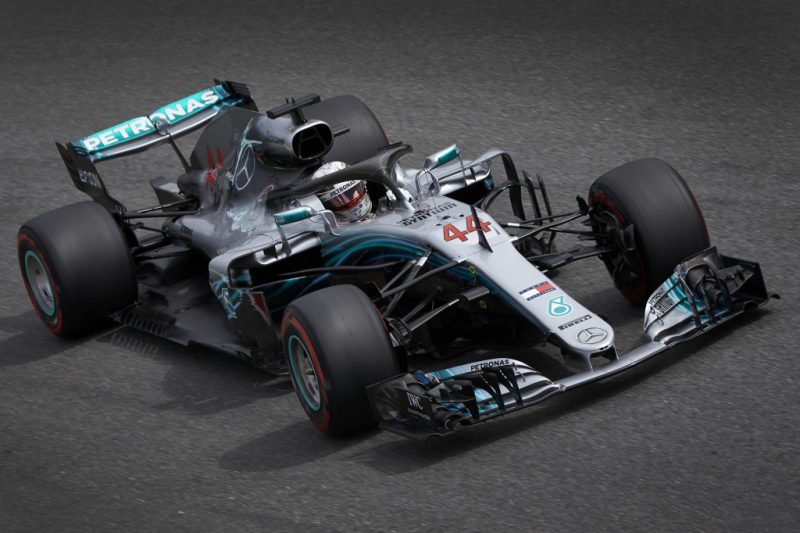 Hamilton held second for the majority of the race after an action packed start that saw the Mercedes driver and Vettel make contact, which resulted in a spin for the Ferrari pilot at the Roggia chicane.

As Vettel dropped to the back of the pack, Hamilton was left to pursue pole-sitter Raikkonen who converted his grid berth into the lead.

Hamilton remained within a second of Raikkonen until Lap 21 when the latter dived into the pits.

Mercedes elected to keep Hamilton out for another seven laps but it wasn’t enough to emerge in the lead as Raikkonen surged back ahead of the Brit.

Facing a stern fight from Raikkonen, Mercedes kept Valtteri Bottas, who held fourth in the early stages, out and he played a crucial factor in swaying the race back to Hamilton.

Bottas held up Raikkonen to allow Hamilton on fresher rubber to catch the Finn.

Hamilton eventually passed a struggling Raikkonen for the lead at the Rettifilo chicane with eight laps remaining, before driving away from the Ferrari to the chequered flag, extending his championship lead to 30 points.

Red Bull’s Max Verstappen finished third on the road but dropped to fifth after receiving a five second penalty for contact in the braking area with Bottas as the pair fought over the final podium spot.

Bottas inherited third ahead of Vettel who eventually came home fourth after an eventful race that saw him forced to make two pit stops.

Meanwhile, Daniel Ricciardo managed to climb to as high as 12th spot from 19th on the grid before a suspected mechanical issue saw him suffer his fourth retirement from the last six races after 24 laps.

The start proved to be one of the most frantic of the season as Raikkonen fended off Vettel and Hamilton into the Rettifilo chicane.

It was at the Roggia chicane where the action reached boiling point as Hamilton used a tow to lunge around the outside of Vettel.

Hamilton appeared to leave racing room but the two cars touched resulting in a spin for Vettel and damage to the front wing of his Ferrari.

Stewards investigated the incident but decided to take no further action.

Vettel dropped to the back of the field after being forced to duck into the pits at the end of the the opening lap.

The Safety Car was subsequently called to clear Brendon Hartley’s damaged Toro Rosso after the Kiwi suffered damage to his front right having been squeezed by Stoffel Vandoorne (McLaren) at the start.

After his early pit stop, a charging Vettel soon found his way beck into the points after a series of overtaking moves.

He was forced to repeat that after tyre wear forced him to make another stop as the four-time champion salvaged fourth.

Romain Grosjean proved the best of the rest in sixth for Haas F1 ahead of the Racing Point Force Indias of Esteban Ocon and Sergio Perez, the latter charged from 14th on the grid.

McLaren’s Fernando Alonso was the only other retirement from the race after he lost power from his Renault engine in the early stages.

The championship will now head to Singapore for the next round from September 14-16.