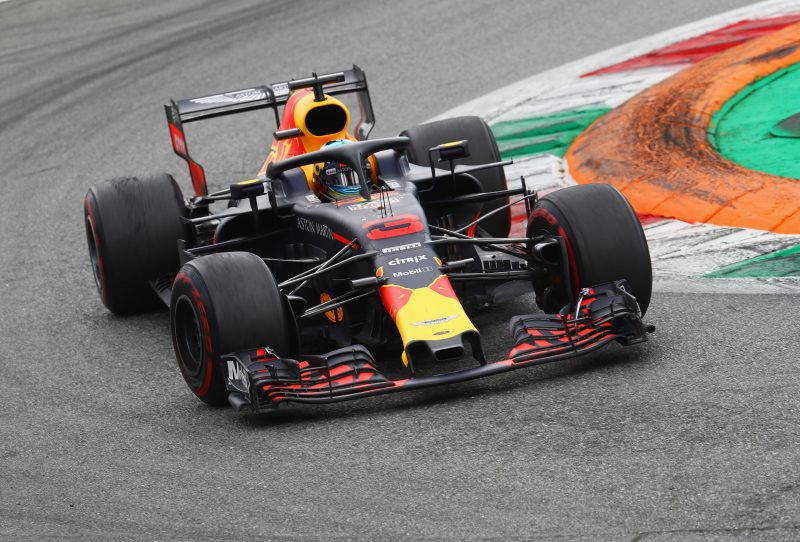 Daniel Ricciardo cut a frustrated figure after a suspected mechanical failure during the Italian Grand Prix saw him record his fourth retirement from the last six races.

The Australian was already facing an uphill battle after being forced to start from the back of the grid following a change to Renault’s new C-spec engine earlier in the weekend.

However, the seven-time grand prix winner looked set for charge through the field, rising to as high as 12th in the opening stages.

Although his joy was short-lived as smoke poured from the back of his Red Bull forcing him to retire on lap 24.

The issue marked the latest in a string of difficult races for Ricciardo, who last stood on the podium at the Monaco Grand Prix in May which he famously won.

The 29-year-old was unsure what had caused his latest mechanical failure.

“I still don’t know what it was.

“I passed (Lance) Stroll into Turn 1 and then out of the corner I looked in the mirrors to see if I was clear of him and I couldn’t see that well, that’s when I realised there was smoke coming out the back.”

It is understood that Ricciardo may escape further engine penalties at the Singapore Grand Prix from September 14-16.

“I hope so. If I’ve got a penalty in Singapore I’m probably not even going to show up,” he joked.

“So I hope Christian’s right and, if so, that’s music to my ears.”

Ricciardo, who will join Renault next year, is sixth in the championship with a 12 point deficit to team-mate Max Verstappen, who finished the Italian Grand Prix in fifth spot.