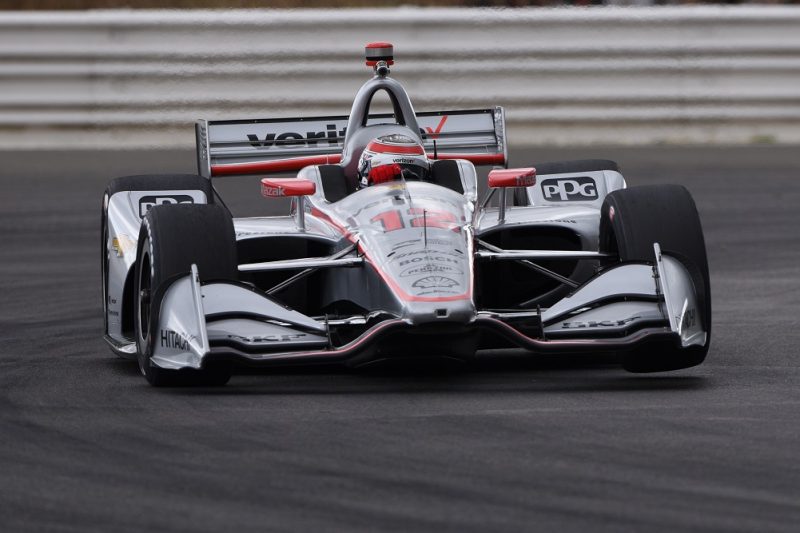 Will Power has beaten the field by more than 0.3s in qualifying for the Grand Prix of Portland as Verizon IndyCar Series leader Scott Dixon only ended up 11th.

The Australian waited until late in the Firestone Fast Six to head back out on track having comfortably topped the second part of qualifying.

Rossi and then Newgarden improved on their second runs, after the latter had mucked up his first with a big lock-up at Turn 1, but 0.3410s still separated first from second at the end of the session.

“I was very determined, focusing on what I had to focus on, and very stoked to get pole,” said Power, who moves to second outright all-time with 54 poles.

“That was the aim coming in; pole, win, pole, win, and we can win the championship,” he added of the final two races of the season.

“If Dixon finishes ahead of us tomorrow, it’s over, it is, so that’s what we’ve got in our head.”

Dixon will start only 11th after he was nearly half a second slower than Power in Round 2 and nearly 0.3s away from the top six cut-off in the #9 Chip Ganassi Racing Honda.

“Just kind of missed it,” said the New Zealander.

“The car was really loose on the blacks and then we knew it was going to be better on the reds; that was definitely the case.

“We kind of went early just because we weren’t locked in (to the top six) so if there was a red (flag) we would have been bounced out anyway.

“Then a car came out in front in (Turn) 1 so I kind of aborted the first lap, and then slowed down and just didn’t really get the lap sequence together right to get the speed out of it, so it is what it is.”

Sebastien Bourdais qualified fourth in a #18 DCR w/ Vasser-Sullivan Honda which was hastily put back together, complete with mismatched bodywork, after the Frenchman crashed in Practice 3 having just set the fastest lap of that session.