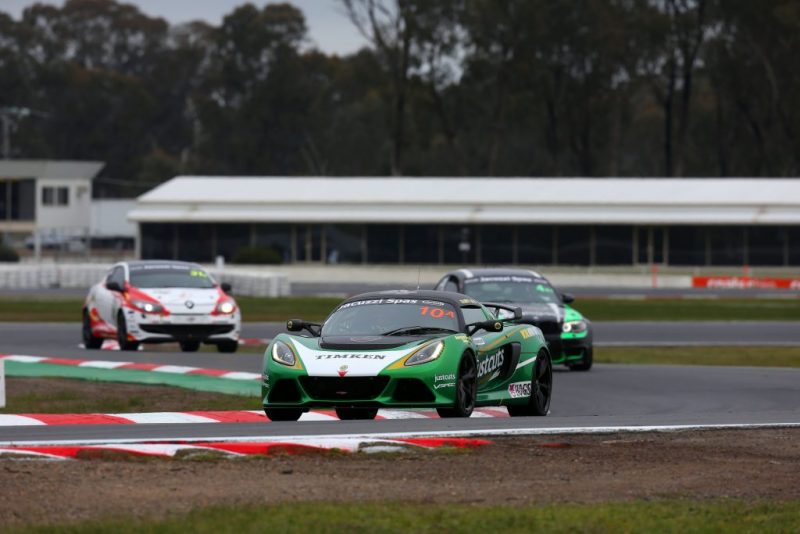 They edged out Ryan Simpson and Jim Pollicina in a similar Lotus Exige by just two tenths after two hours of racing.

Simpson had led the opening half of the race before Denyer handed his car to D’Alberto to bring it home, the DJR Team Penske enduro driver taking the the lead with 16 laps to the flag as Simpson took to the lane to serve a penalty for a restart infringement.

It set up a grandstand finish, with the two Lotuses separated by just 0.02855s at the flag, and 42 seconds clear of brothers Grand and Iain Sherrin who rounded out the podium in a race dominated by A1 Class machinery.

The sole A2 class in the field was Chris Lillis and Nathan Callaghan (Holden HSV VE GTS) in eighth, one place up from B1 winners James Keene and Dominic Martens in a Volkswagen Gold R GTi.

Other class winners were Matt Thewlis and Ellexandra Best (Class D), and Kaitlyn Hawkins and Hadrian Morran (Class B2).

Series leader Beric Lynton was an early retirement after breaking the wheel studs on the BMW M3 after 17 laps, opening the door for the Sherrin brothers to close in the points standings.

The Australian Production Car Series has another two hour race to round out the weekend on Sunday afternoon. 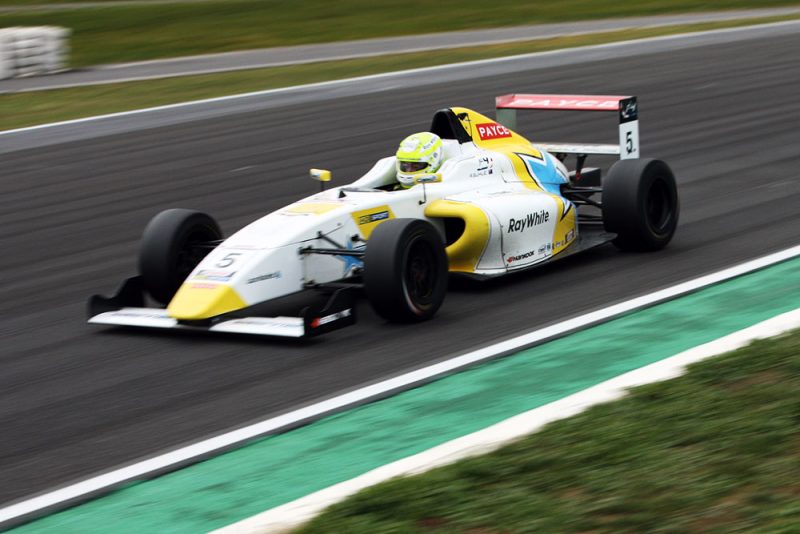 Ryan Suhle has claimed the first round of the CAMS Payce Australian Formula 4 Championship’s double-header at Winton.

Suhle won Race 1 before banking podiums in the other two, despite contact with Jayden Ojeda in the day’s second race.

It came after Ojeda had retired from the opening race with the AGI Sport driver going on to win Race 3 to move to the head of the championship standings.

Shields had also finished second in Race 1 ahead of Aaron Love, before dropping to fourth in the final race of the day with the Race 3 podium comprised of Suhle and Love behind Ojeda.

Formula 4 returns on Sunday for the second of its double-header round, with three more races making up Round 5 of the 2018 championship. He was trailed to the flag by Cooper Murray, who was just three tenths behind the race winner.

Murray has qualified on pole but lost out to Fallon at the start, the pair streaking clear of third placed Jimmy Vernon, who was more than 10 seconds back from the race leaders.

Chelsea Angelo was an early retirement after contact with the stalled Luis Leeds at the start.

Angelo limped back to the pits with damaged steering while the incident will see Leeds miss the remainder of the weekend.

GT3 Cup Challenge has two further races on Sunday, the first at 0900 and its final race of the weekend at 1155. Kelly topped both halves of the two-part qualifying session to bank 20 points, and edge his title advantage out to 36 points with 200 on offer on Sunday.

Alongside him on the all-Audi front row will be Matt Stoupas, who was second fastest in both sessions to leapfrog Rio Nugara in the title standings. Beller led from pole to head home Chris Lewis-Williams by just under 2.5 seconds after nine laps of racing.

The pair twice swapped positions for the lead, with Lewis-Williams gaining the upper-hand on the opening lap before Beller seize control at half distance.

Robert Holding completing the podium, progressing from fourth on the grid despite dropping to seventh on the opening lap.