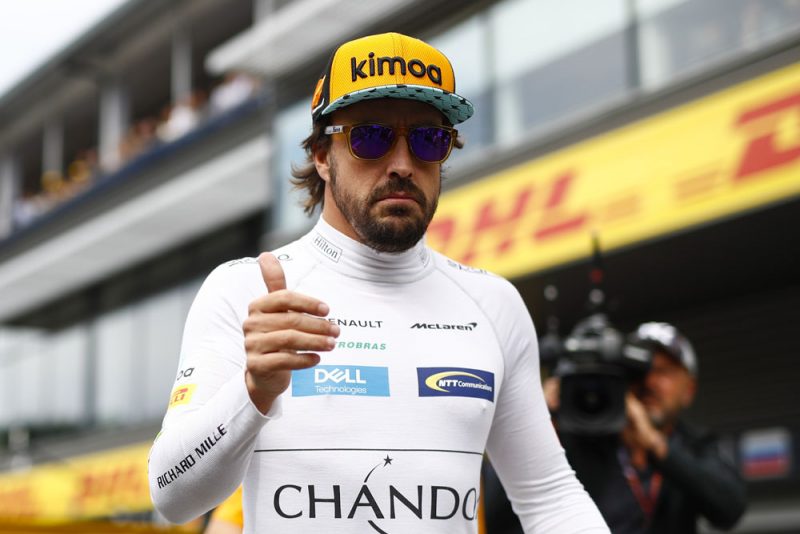 McLaren bosses have confirmed that Fernando Alonso will test a 2018-spec IndyCar at Barber Motorsports Park next week.

Rumours of a potential test have circulated for some time, amid speculation the Spaniard will head to the US after confirming he’ll leave Formula 1 at the end of the current campaign.

Team boss Zak Brown has now confirmed that Alonso will take part in a test, though insists his participation in the series next year is far from a done deal.

“Alonso is going to do tests next week,” Brown confirmed in Monza ahead of this weekend’s Italian Grand Prix.

“He has not yet decided what he wants to do, he is part of the McLaren family, the test is with Andretti. We’re working with IndyCar on what we want to do in the future.”

Speaking to the Indianapolis Star, Andretti Autosport’s COO Rob Edwards revealed there was no hard or fast plan for the test.

“It’s really for him to experience some of the facets of driving an Indy car on a road course,” Edwards said.

“We want to make sure when he leaves, he had a fun day and can say he learned some things. That’s about it. It’s really going to be very low-key.”

During the test, Alonso will drive an Andretti Autosport Honda, and will be the first time he’s has sampled the current-spec IndyCar, a new aerodynamic package having been introduced for the 2018 season.

Alonso competed for Andretti Autosport at the 2017 Indianapolis 500, and if he elects to compete in IndyCar next season is expected to rejoin the team.

It’s also expected that the team will run a car under the McLaren banner as it enters the series, taking over Harding Racing and operating as a satellite team to Andretti Autosports.