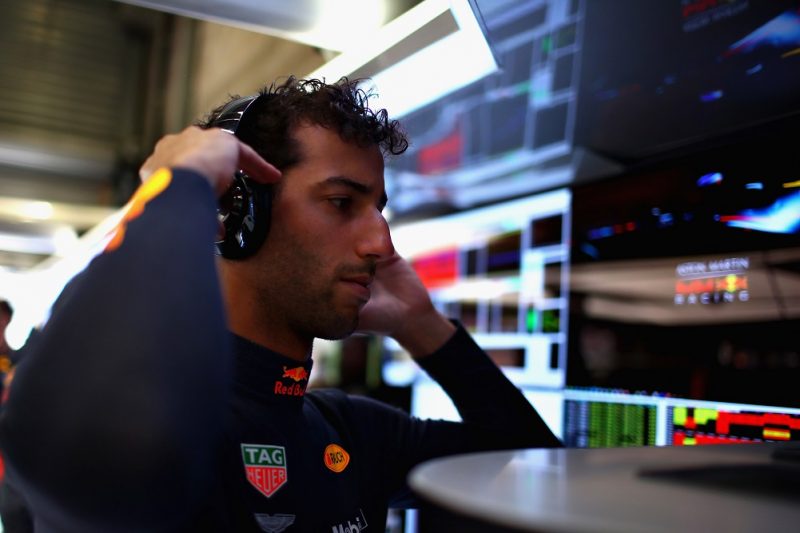 Daniel Ricciardo anticipates a gain from running a ‘Spec C’ engine this weekend at Monza but is not expecting too much despite Renault’s bold predictions.

Red Bull Racing will take up the Spec C in Italy despite the factory Renault Sport Formula One Team and McLaren sticking with the Spec B, but only with Ricciardo initially.

Depending on how the engine performs in Friday practice, Max Verstappen may also use the new engine for the rest of the weekend.

Renault’s engine technical director Remi Taffin claims that the upgrade is worth 0.3s per lap at Monza, but the factory team will not use it yet due to reliability concerns.

Ricciardo, who will take a grid penalty as a result of the engine change, is more cautious about what to expect from the Spec C.

“I’ll try it on Friday and then we’ll make a decision what we do with it.

“I always try not to expect too much – I think it’s natural the last few years. I expect to see something, but whether it’s one tenth, three tenths, we’ll see.

“But if it is an improvement, it’s better than not. I do expect an improvement from it, but I couldn’t tell you in terms of lap time. A few tenths would be nice.

“It was a team choice but I didn’t disagree with it,” he added regarding changing engines this weekend and copping the penalty.

“I would love to start towards the front one year in Monza… but obviously looking at Singapore, that’s a place you can’t risk having a penalty, especially with the package we have, so in the end I agree with it.”

Taffin outlined the trade-off in the Spec C which Ricciardo will use.

“The C Spec is an evolution of the current B Spec engine,” he explained.

“It’s significantly more powerful. Conversely, it’s possibly not as reliable as the current generation, hence the different choices made by each team.

“Depending on fuel used, the power gain is in the order of 0.3s per lap in qualifying on a circuit like Monza, which is a substantial step forward.”

While Red Bull is considered all but a lock for third in the constructors’ championship, the fourth-placed works Renault team is only six points ahead of Haas and McLaren faces pressure from Scuderia Toro Rosso in the battle for sixth.

“Red Bull Racing will use the C Spec right from the free practices at Monza because they are in a position to prioritise performance without having to worry about those behind them in the championship,” Taffin elaborated.

“For our part and McLaren, we will not be using this specification, because reliability and consistency are the essential assets to reach our end-of-season goals.”