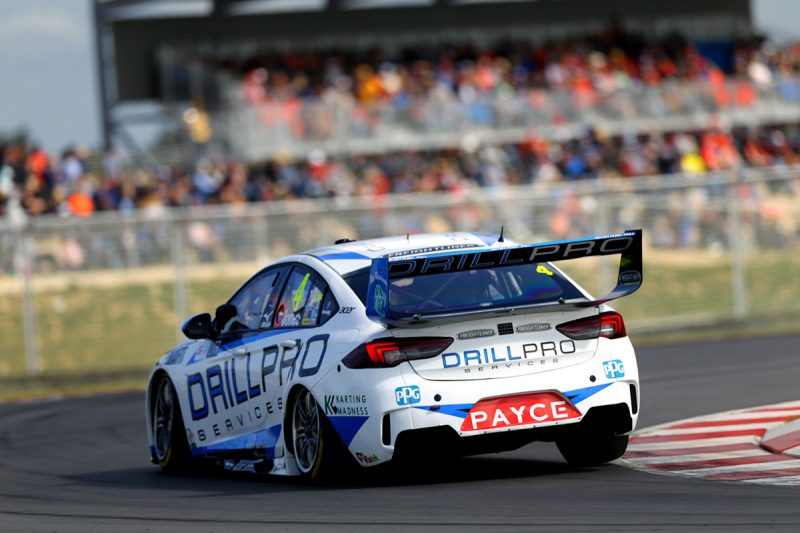 Macauley Jones at The Bend

Macauley Jones believes that his wildcard starts have accelerated his rise up the Supercars learning curve after a solid performance at The Bend Motorsport Park.

Jones was 19th and 20th and Armor All Qualifying for the two races at the OTR SuperSprint and went on to finish 25th on the Saturday and 19th on the Sunday, the latter marginally bettering his previous best solo race finish.

The son of former driver and now team owner Brad Jones was also on song behind the wheel in the most recent Dunlop Super2 Series round at Townsville, albeit cruelled by suspension failures in both races.

Jones believes that the wildcard weekends, of which he has now completed two in each of the 2017 and 2018 seasons, are speeding up his anticipated progression to a full time ride in the Virgin Australia Supercars Championship.

“I’m actually quite happy with how qualifying went; it was sort of where we aimed to be around, competing against some of the other rookies there, and then we just chipped away at the car,” the 23-year-old told Speedcafe.com.

“It was a difficult circuit and difficult conditions in both qualifying sessions so piecing a lap together was very difficult but I was reasonably happy with how that ended up.

“(Sunday’s) race went pretty well I think; we had some good pace throughout the race at times and going through the motions of the whole thing was really good.”

When asked if racing among the rookies, all of whom he has competed against at some stage in Super2, demonstrated that he belonged in the top tier, Jones responded, “I’d like to think I would.

“That’s what we’re aiming to go to and doing these wildcards has definitely sped up the process of getting towards that goal.

“I definitely would like to be and we’re trying to organise it for next year but it’s so up in the air at the moment and we need the opportunity to be there.”

The Race 22 (Saturday) result was the only major blot on Jones’ copybook, which he said occurred when his DrillPro ZB Commodore was shuffled back in an opening corner skirmish.

The setback ultimately led to him having to stack behind fellow wildcard Kurt Kostecki, whose Kostecki Brothers Racing entry he was paired with in pit lane, when a failure for Garth Tander’s Holden brought out the Safety Car.

“I sort of had a bit of a contact into Turn 1 which of put me back and then we had to double stack,” recounted Jones.

“That made it difficult to come back from there to be honest.”

Brad Jones Racing and the Victorian teams are set to conduct their customary pre-Pirtek Enduro Cup test at Winton next week before Jones is in action in both Super2 and as co-driver to Nick Percat in the Rabble.Club Sandown 500 on September 14-16.