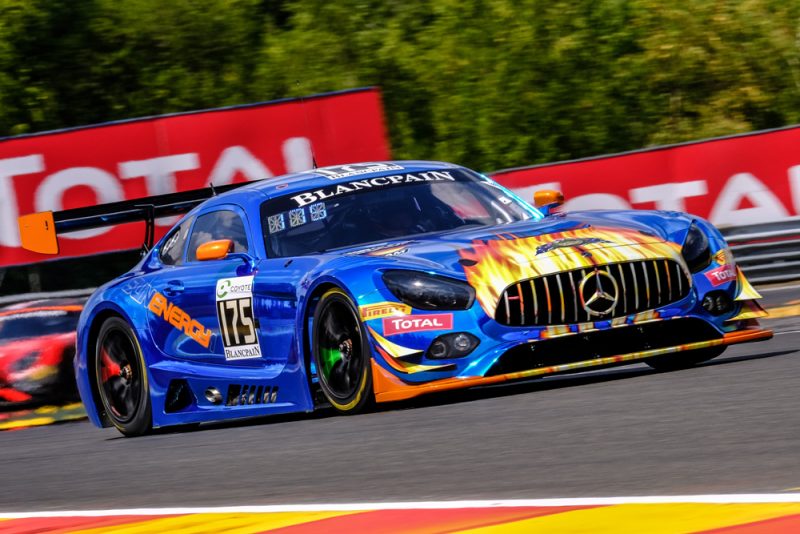 Australian racer Kenny Habul is on double-duty at this weekend’s Blancpain GT Series Sprint Cup event at the Hungaroring in Hungary.

Habul will line up alongside Tristian Vautier for the headline event, which will see the pair share the SunEnergy1 Mercedes-AMG GT3 in the two 60-minute Blancpain Sprint Cup races over the weekend.

The duo will compete in the Pro-Am class this weekend among a field of 23 cars, with action at the Hungaroring set to being on Friday, with practice prior to qualifying and the first race on Saturday.

Habul will also compete in the Sports Club support category, which will see him on track five times in the one-driver competition, culminating in a 40-minute race on Sunday.

“There has been a lot of racing in recent weeks and I have really enjoyed every bit of it,” said Habul.

“Racing at the Hungaroring ticks another box in my driving career and I cannot wait to get out there in the Mercedes-AMG GT3.

“Tristian (Vautier) and I have done a lot of racing together and when the opportunity came up to do this event we shuffled things around to make it happen.

“I feel as though I am improving each time I get in the car and that is really important for me as I try and get the most out of my driving career over the next few years.

“There is no substitute for miles and I am certainly getting plenty of those at the moment.”

Habul comes fresh from a class win at the Suzuka 10 Hour in Japan last weekend, the third leg of the Intercontinental GT Challenge which began with a second place finish with Jamie Whincup at the Bathurst 12 Hour in February.

Since then he’s competed both in the US and Europe, banking another class podium at the 24 Hours of Spa last month.

Habul’s busy schedule will continue next weekend as he returns to the States to compete in the IMSA WeatherTech Sportscar Championship sprint race at Laguna Seca.