The Bend has potential to host Supercars enduro

The Bend has potential to host Supercars enduro 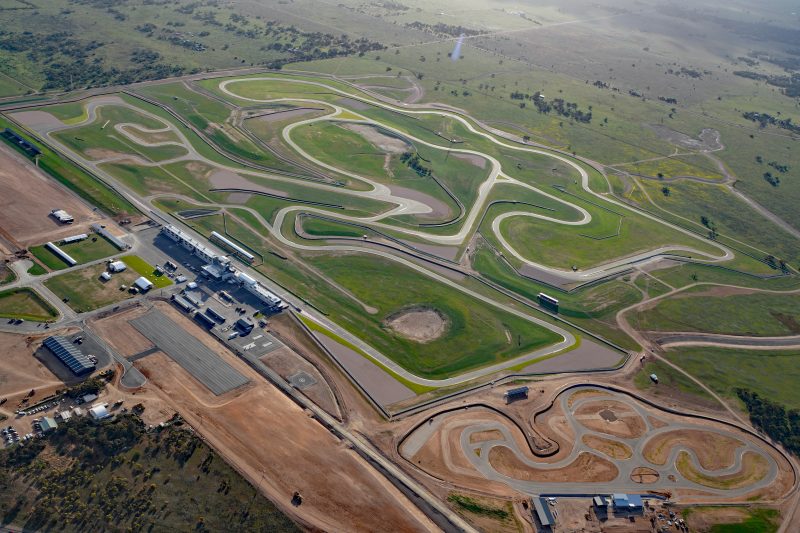 The new Bend Motorsport Park circuit has all the ingredients required for endurance racing, according to Supercars CEO Sean Seamer.

Last weekend saw the state-of-the-art $110 million facility showcase itself to Australia and the world by hosting its maiden Supercars round, the first of a three-year deal with the series.

The fast and technical 4.95km circuit received universal acclaim from teams and drivers regarding its challenging layout while Sunday race winner Jamie Whincup even likened the challenge to that of Mount Panorama.

Given the circuit’s stature and length, it has characteristics that would lend itself to hosting a showpiece Supercars enduro event in the future with the championship keen to evaluate the possibility.

“I mean it has the ingredients to certainly handle endurance racing, and I think that the GTs are already going to be doing some here anyway, so we’ll have a look at them and see how they go,” Seamer told Speedcafe.com, when asked about the possibility of a Supercars enduro at the track in the future.

“It’s absolutely an impressive facility. I think we’re pretty fortunate that we’ve got some fantastic venues in Australia and this is definitely one of the best without a doubt. We like variety.

“Obviously the context of the event is important and so the other rounds that we might be doing, where we are and what we’re looking to do, so you can’t look at one event in isolation.

“We’ll debrief and see about next year.”

Currently the Pirtek Enduro Cup features the Rabble.Club Sandown 500, the Supercheap Auto Bathurst 1000 and the Vodafone Gold Cast 600, a trio of events that have been a mainstay since 2010. The start of the opening race at the OTR SuperSprint

It has previously been suggested that The Bend could be an ideal candidate to assume a 500km race from Sandown amid fears the facility could be redeveloped.

However, the historic Melbourne circuit, which will enter the last year of its current contract next year, appears to have been handed a stay of execution with the track set to remain thanks in part to the completion of a raft of FIA safety upgrades.

Sandown has accommodated a range of race formats over the years having forsaken the 500km race in 1999-2002 and from 2008-2010 when the race was held at Queensland Raceway and Phillip Island respectively.

It remains to be seen if Supercars will alter its race formats for The Bend next year or in the future, but support for an enduro at the new venue is growing.

Tickford Racing team manager Chris O’Toole believes an endurance event at the circuit is a no brainer for the future.

“Why wouldn’t you host an enduro round there? It is the logical choice,” O’Toole told Speedcafe.com.

“It is a great facility and it has got everything you need.”

“We had a ball at the venue. The track is quite unique to Australia and when you look at it on the television it looks like we are in the Middle East or in Europe,” Sinclair told Speedcfae.com.

“Full credit to the people that have created the circuit and it would be a great venue for an enduro.”

Meanwhile, Supercars commission member Brad Jones added: “It is a different event and you cannot compare it to the Adelaide 500 for example. The 500 is one of the signature events but there is plenty of room for a sprint or an enduro race.

“I think it could host and enduro event, anything is possible.”

Supercars is continuing to finalise its 2019 calendar which is set to be revealed in October.