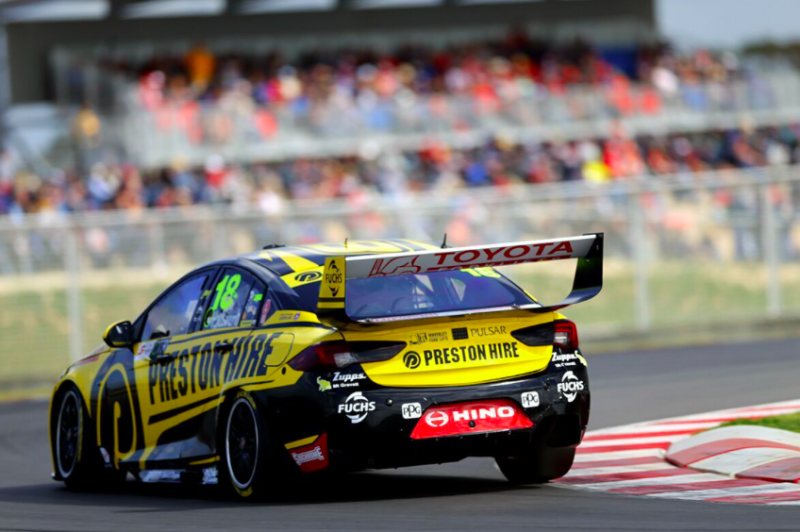 Preston Hire Racing is looking to the Pirtek Enduro Cup to arrest its dismal campaign in the Virgin Australia Supercars Championship.

The single car squad fields one of only five cars from the 26 strong (full-time) grid yet to score a top 10 finish after 23 races with an 11th in Race 7 at Symmons Plains in April its best result.

Lee Holdsworth has struggled for pace and consistency from his ZB Commodore with struggles emanating from extracting the best from the new Dunlop tyres.

The squad has also endured its fair share of misfortune having suffered from splitter failures at Phillip Island and Hidden Valley Raceway.

Last weekend Holdsworth was forced to retire from Race 23 at The Bend Motorsport Park due to a driveshaft failure when he was occupying ninth position prior to his second stop.

Team owner Charlie Schwerkolt says his team can’t buy a result at the moment but is confident the ZB Commodore package is improving ahead of the enduros.

Holdsworth will be joined by veteran Jason Bright for the Pirtek Enduro Cup, the latter, who replaces Matthew Brabham, cutting laps in the #18 Holden during opening practice last weekend.

“We can’t take a trick at the moment but we are really looking forward to the enduros,” Schwerkolt told Speedcafe.com.

“Jason Bright (co-driver) has been getting up to speed and Lee will be in good shape so that is what we are focussing on.

“On Saturday Lee qualified in 14th however he lost seven tenths when he went off before that so he could have qualified eighth.

“The car is much much better and we have nailed quite a few things.”

The Pirtek Enduro Cup begins with the traditional Rabble.Club Sandown 500 held from September 14-16.

Preston Hire Racing will be hoping to draw from last year’s strong run at the Melbourne circuit that yielded an eighth place finish for Holdsworth and then co-driver Karl Reindler.

Looking ahead to next year Schwerkolt is yet to bed down his 2019 plans but has told Speedcafe.com that he is exploring all options.