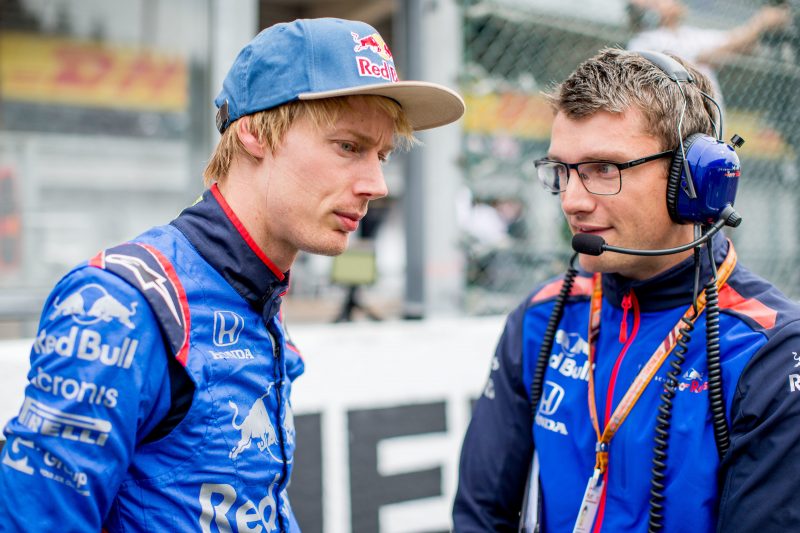 Brendon Hartley could head to IndyCar alongside countryman Scott Dixon after all should his current Toro Rosso Formula 1 drive fall through.

Hartley currently has just two points to his name in 2018, versus 26 for his Red Bull-bound team-mate Pierre Gasly.

The 28-year-old came under fire earlier in the season after a string of poor results, leading to speculation that he could be ousted from the team.

Lando Norris was tipped as a possible replacement, though McLaren refused to allow its junior driver to join Toro Rosso.

According to Kiwi racing legend Ken Smith, should Hartley lose his seat in Formula 1, a move to IndyCar would be a wise choice.

Hartley had signed a deal with Chip Ganassi Racing for 2018, before exercising a clause which allowed him to cancel the deal should an opportunity in F1 materialise.

That created a hole for the Le Mans winner, who had been at a loose end following Porsche’s decision to end its sportscar project at the end of the 2017 season.

“I worked with Brendon Hartley when he was a kid, and got him his first Red Bull contract when he was 16,” Smith told Racer.

“He’s like Scott. Never gets agitated. To win Le Mans with Porsche, he’s fast and tough, but very down to earth. And who knows what will happen with him with Toro Rosso.

“We almost had him and Scott together (at Ganassi for 2018), but Formula 1 called and he made the right choice to leave,” Smith added.

“But if it doesn’t work out there, he’s got to get back to the States. I know Ganassi was pissed about him leaving, but he knows he’d want to have him back.”

With Gasly promoted, dumping Hartley would require the team to find two new drivers, at a time when there isn’t a Red Bull junior candidate ready to step up.

It’s likely therefore that Hartley will see out the current season, and head into next year, which would be his second full season in F1, with Toro Rosso.

Felix Rosenqvist has been linked with the Ganassi drive alongside Dixon next year, replacing Ed Jones in the seat.

Both Rosenqvist and Dixon are managed by former F1 and IndyCar racer Stefan Johansson.