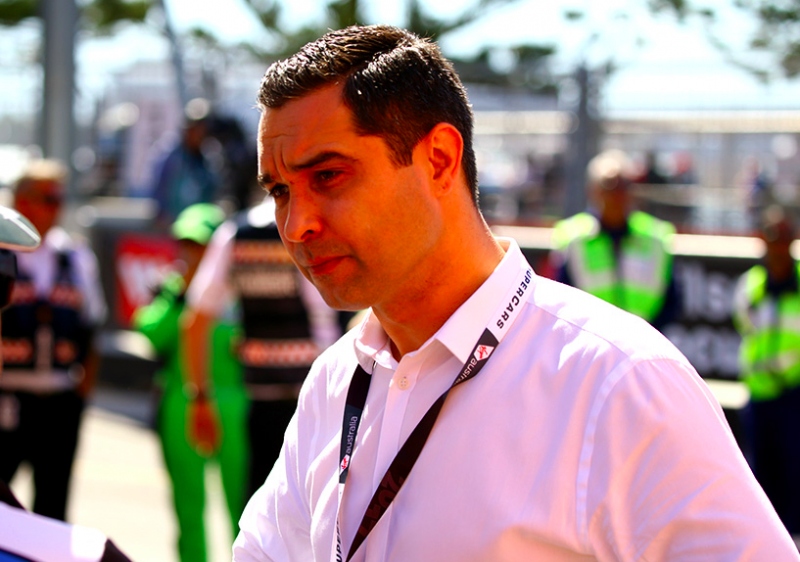 Supercars management plan to head to the US to evaluate NASCAR events as it looks to develop an ongoing working relationship with America’s leading motorsport series.

A move to work more closely and share ideas between Supercars and NASCAR is on the horizon after bosses from the latter made a trip to last weekend’s OTR SuperSprint to conduct a fact finding mission.

The visit sparked rumours in the paddock that NASCAR is keen to purchase Supercars which was refuted by the championship.

O’Donnell told Speedcafe.com that a rare free weekend in the NASCAR schedule prompted the trip, which it used to learn lessons from how Supercars conducts its series.

A meeting with Supercars proved valuable for both parties with several items discussed, including the championship’s REC format, officiating, development series, eSports and television.

Supercars CEO Sean Seamer is hopeful that the two championships will conduct regular discussions in future.

“Absolutely (we want to form regular dialogue between the championships) and we talked about that (in the meeting),” Seamer told Speedcafe.com.

“We’ll make sure that our teams are talking more regularly moving forward, across all sorts of different facets in the sport whether it’s marketing, or how to do TV.

“It’s really good, they (NASCAR) are working through and looking at so many of the same things that we are in terms of how do they look after their existing fans, but grow the popularity of the sport.

“I think for us, we’ve got to look to learn from as many different places as possible, not just within motorsport but all forms of entertainment to be able to grow our fanbase.

“I’m sure that there are things we can learn from them. If there’s something that we can share with them, then great.

“Anything that collectively makes motorsport better is good for everybody.”

Seamer confirmed that he plans to meet again with NASCAR officials in the US to see if lessons can be learned from the series.

“I’ll be over in the States. I’ve got family in Michigan so we’ll talk about getting together with those guys but our schedules are pretty tight between both of us,” he added.

“The windows of opportunity to spend time together are tight, but we’ll absolutely go over and spend some time. When someone invites you to their place, it’s rude not to go, so we’ll get over there.”

Triple Eight was among a group of Supercars outfits that opened its doors to the NASCAR chiefs last weekend.

“I was happy to give them some input into how our place operates and ask them some questions about their series,” Dane told Speedcafe.com.

“I think it is more of a case that if you are smart in any industry or sport you keep an eye what is going on around the world.

“I keep a close eye on what is happening in BTCC for instance knowing people that are still there, and other parts of motorsport, and I think that is what the NASCAR guys were doing.

“They are just making sure they keep things on their radar so they understand challenges in other places that may be similar for them.”