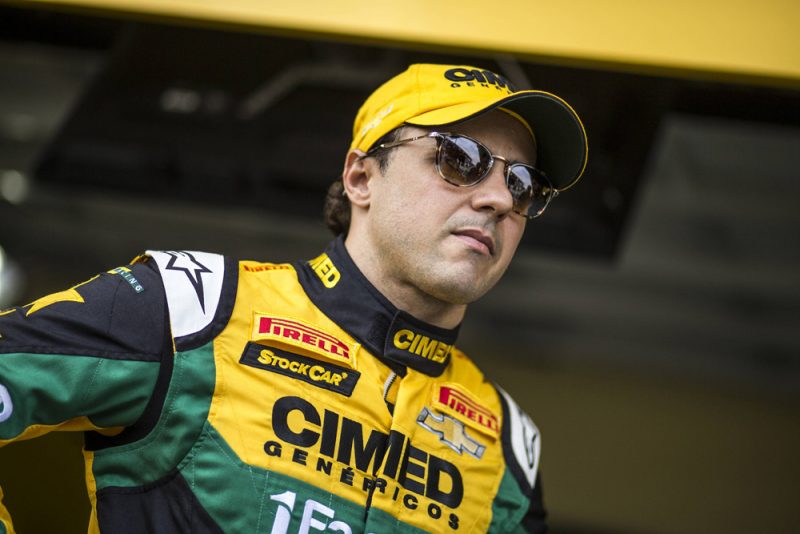 Both IndyCar and F1 have witnessed high profile accidents in their recent events, with Wickens’ crash at Pocono resulting in the Canadian requiring surgery to his spine. In F1, Fernando Alonso was launched over the back of Charles Leclerc’s Sauber, with the halo showing evidence that it prevented Alonso’s wheel from entering the cockpit area.

In reaction, ex-Ferrari racer Massa took to Twitter to label the controversial halo, which was introduced into F1 this season, ‘beautiful’ for protecting Leclerc while criticising IndyCar.

“When you see all the accidents that happens in F1 and IndyCar in the last years, we can say that F1 is always trying to improve with (HALO, track changes, virtual safety car etc to improve safety) and IndyCar is not doing much,” Massa Tweeted.

“It’s unbelievable to see a circuit like Pocono, average speed around 360km/h and you see the walls lower like that, with the fences, so so dangerous for the safety!!! Sorry to say that, but they need to look for safety of the drivers…”

While racing for Ferrari in 2009, Massa was struck in the head by a spring from the back of Rubens Barrichello’s Brawn at the Hungarian Grand Prix, which saw him miss the second half of the season through injury.

Since retiring from Formula 1 at the end of last season, he has been competing in the Brazilian Stock Car series in his homeland. 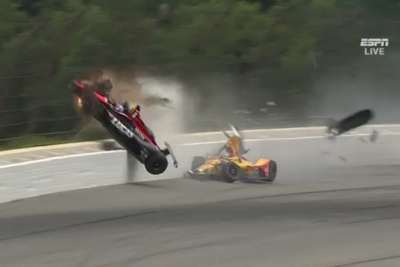 “Its a little easier to do things when your budget is 100s of millions a year, new chassis every year built in house etc,” Rahal asserted on Twitter.

“IndyCar is working hard, the new windscreen will not only work as well (better from the standpoint no open areas) but will be far more aesthetically pleasing!

“For oval racing you need 100% unobstructed views, halo wouldn’t provide that to us. Also note open frontal areas would still allow debris to get in the cockpit, new windscreen will not.

“Let’s also not forget the HUGE impact that IndyCar and our doctors such as Dr. Trammel have had on F1, in fact last I checked when many of them get injured they STILL come to the US to see Dr. T! IndyCar has done a hell of a lot for international motorsports safety!”

While F1 has adopted the halo for this season, a device which is becoming increasingly mandated across all FIA endorsed open-wheel categories, in the US IndyCar is instead developing a fighter-jet style windscreen.

Tested by a number of the sport’s leading drivers, who have provided positive feedback, the screen is currently undergoing ballistics testing, though there is no set date for its introduction.

IndyCar is in action at Portland this weekend, while F1 heads to Monza for the Italian Grand Prix.