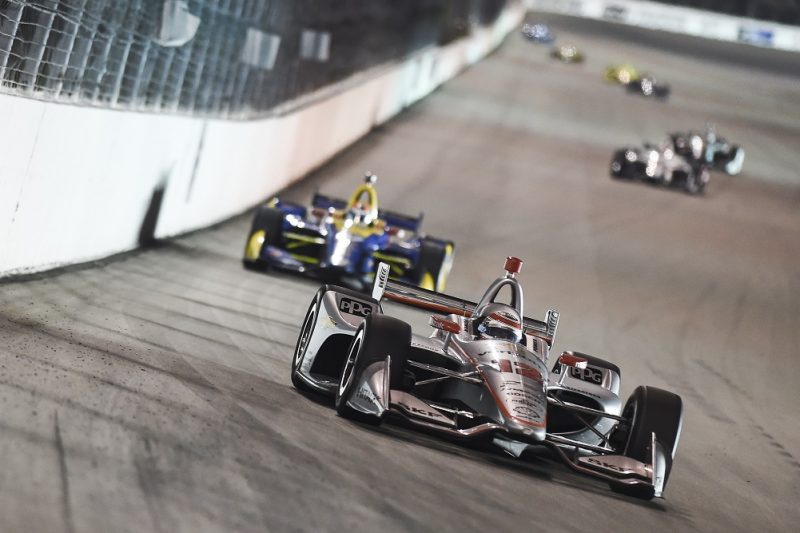 Bobby Unser has hailed the skill of Will Power after the Australian matched his tally of 35 IndyCar race wins in Saturday’s (local time) Gateway race.

Power won a race in Illinois which was determined very much by fuel strategy, as Roger Penske instructed the Australian to go flat-out and take a late splash while eventual runner-up Alexander Rossi aimed for economy.

The result ties the Toowoomba native with Unser, a former Team Penske driver who also drove Car #12 during his career, in terms of race wins in top level American open-wheeler history.

Power’s figure includes two wins in the Champ Car World Series and another for Champ Car teams at Long Beach during the first year of unification (2008), with IndyCar recognising records from both sides of the split.

“Naturally I watched the race and I was happy for Will, he really drove one heck of a race,” said Unser.

“Will’s fast and one of those drivers who finds a way to win races; he showed that, no question. Will’s a total racer and for someone like that to share 35 Indy car wins with me is special.

“Look, Will won Indianapolis this year, he won the road course at Indy and now on a short oval, I like that – he has confidence and knows he can win any place and any time.

“Certain drivers are standing out. (Scott) Dixon, (Alexander) Rossi and Will are all super talented; they are probably the best drivers on the track right now.

“But it’s just not those three, there is a lot of talent on the track and racing in IndyCar this year. The cars are so equal now that the best drivers are rising to the top. Good drivers with talent and skill are winning races.

“I’d like to really, really congratulate Will on his win. He’ll win lots more races; he’s a complete driver.”

The win was Power’s third of the season but first with Penske himself as strategist.

‘The Captain’ took over strategy duties on the #12 timing stand this year as Helio Castroneves was moved into the team’s new sportscar program.

However, the Brazilian’s cameo in the two Indianapolis races, both of which Power won, meant that Penske returned to Car #3 for the month of May.

“I was so happy to win my first race with Roger,” said Power post-race.

“I was just wondering when that was going to come because I didn’t get to work with him in Indy and obviously won two races there.”

Power’s win saw him rise one position to third in the series and close from 81 points to 68 behind leader Dixon.

There are two races remaining, the next in Portland on August 31-September 2 followed by the double points finale at Sonoma.