BJR on the rise after Bend double top five

BJR on the rise after Bend double top five 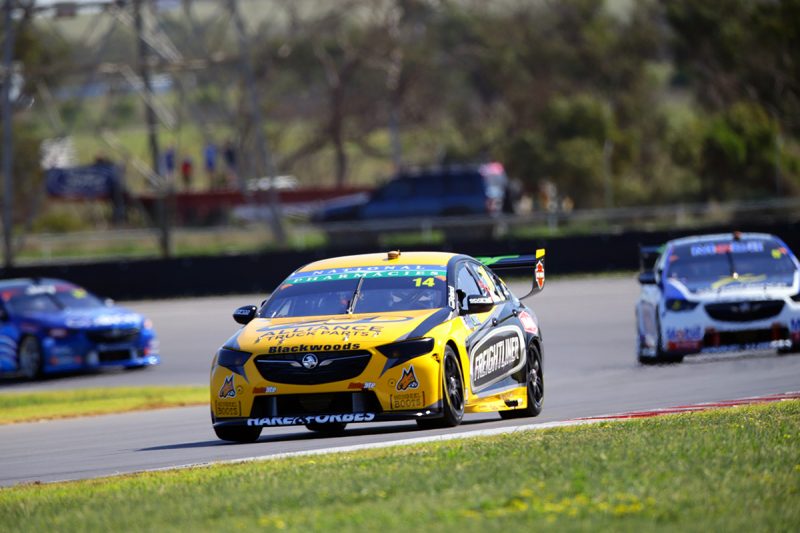 A better understanding of the new ZB Commodore yielded Brad Jones Racing a double top five at The Bend Motorsport Park as the squad climbed to third in the teams’ standings.

The Albury operation has now emerged as the best of the rest behind Triple Eight and DJR Team Penske after Tim Slade and Nick Percat finished fourth and fifth in Sunday’s 200km race at the South Australian circuit.

It was only the second race this season, the other Race 5 at Albert Park, where the team has had two cars finish inside the top five.

The results have arrived off the back of a string of five top 10 finishes from the last six races with BJR experiencing noticeable form in race trim.

After qualifying third on Sunday, Slade looked to be on course for a first podium of the year before making a mistake at Turn 1 with eight laps remaining while trying to save fuel.

As a result, it handed third to David Reynolds leaving Slade to come home fourth.

Percat struggled in qualifying but quickly climbed through the field in the race to emerge in 10th after the first round of stops.

Impressive car speed saw the #8 driver rise to fifth on a run that included a bold pass on Walkinshaw Andretti United’s Scott Pye.

The team has shot from from sixth to third in the teams’ standings across the last two events.

“We felt like we had pretty good and speedy cars all weekend. It was great to end up with two cars in the top five on Sunday,” team owner Brad Jones told Speedcafe.com.

“On the Saturday we had a drama with a shock absorber in Nick’s car and only did two tyres on Tim’s car and it unbalanced it too much.

“We probably didn’t show our form very well but Sunday was a great result for those two cars and I thought all the cars went exceptionally well over the weekend.

“I felt that we have been going well for the last few events and I thought we had a good car speed.

“I think we are just understanding the ZB a bit better.

“I still think there are issues but the guys are getting a handle on what is needed. We have made good progress certainly with the race pace.”

Blanchard showed glimpses of speed to finish 15th an 21st while Jones recorded results of 25th and 19th in the two races.