AORC opener to move forward in 2019

AORC opener to move forward in 2019 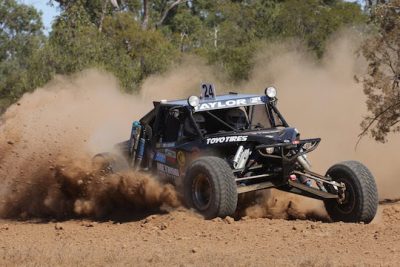 The first round of the 2019 BFGoodrich CAMS Australian Off Road Championship (AORC) is set to be moved forward a month to enhance Finke preparations for competitors.

While the St George 399 will continue to be run as the season opener, it will shift forward four weeks in the calendar to an April 5-7 slot, pending approval from Balonne Shire Council.

According to the South East Queensland Off Road Racing Association (SEQORRA), the date change has been made in order to give competitors more time to ready themselves for the Tatts Finke Desert Race on the Queen’s Birthday long weekend (June 7-10).

“The reason for the date shift is to widen the gap between our event and Finke,” said SEQORRA Clerk of Course Barry Neuendorff.

“This widens the window for competitors to service, repair or adjust their vehicles before the trek to Alice Springs.

“Thankfully, we were able to move the date to 5-7 April without interfering with other CAMS State events and hopefully this will see even more competitors enter the 399.”

CAMS has also announced plans to lengthen the 41km St George track, in southwest Queensland, by up to 20km for next year’s event.

Shannon and Ian Rentsch won this year’s St George 399 in early-May on their way to a sweep of the 2018 championship and ninth AORC title.