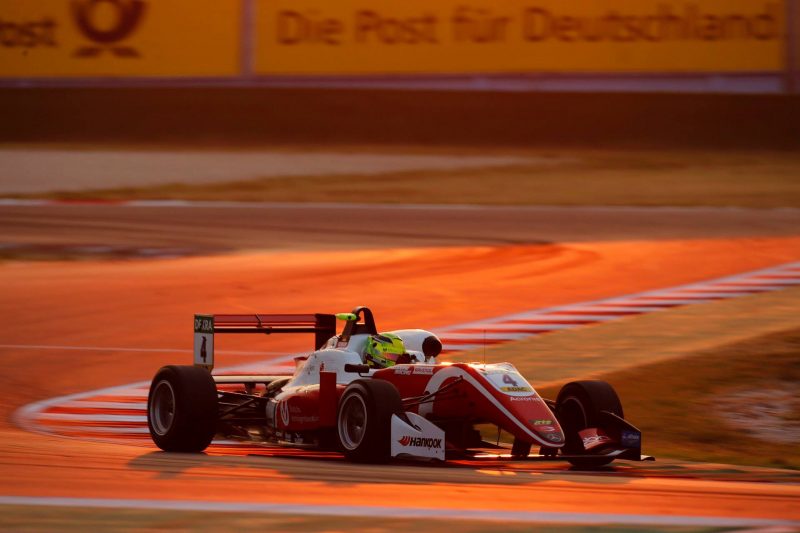 Schumacher defused pressure from Armstrong in the opening encounter as the pair crossed the line just over two seconds apart.

Robert Shwartzman and Guanyu Zhou duked it out for the final spot on the podium, with Shwartzman taking home the bronze after a mistake from Zhou.

Race 2, run in greasy conditions, went to Vips ahead of Alex Palou, who moved into second spot in the opening laps.

Schumacher got himself into third after Jehan Daruvala stuck trouble and was forced into retirement, with the top three remaining the same at the chequered flag.

Championship leader Dan Ticktum grabbed fourth following a sixth place finish in Race 1, while Armstrong suffered from a slow start which saw him finish outside the points in 13th.

A red flag marred Race 3 with heavy rain falling around the circuit; action restarting after a 20 minute delay.

Armstrong led from pole in difficult conditions before losing the lead to Aron and plummeting down the order until an incident with Zhou at Turn 4 put both of the Prema drivers out of the race.

Aron headed of Vips to an Estonian one-two, the latter relegating Armstrong to third in the standings.

Ferdinand Habsburg completed the podium ahead of points leader Ticktum.

The next round is at the Nürburgring from September 8-9. 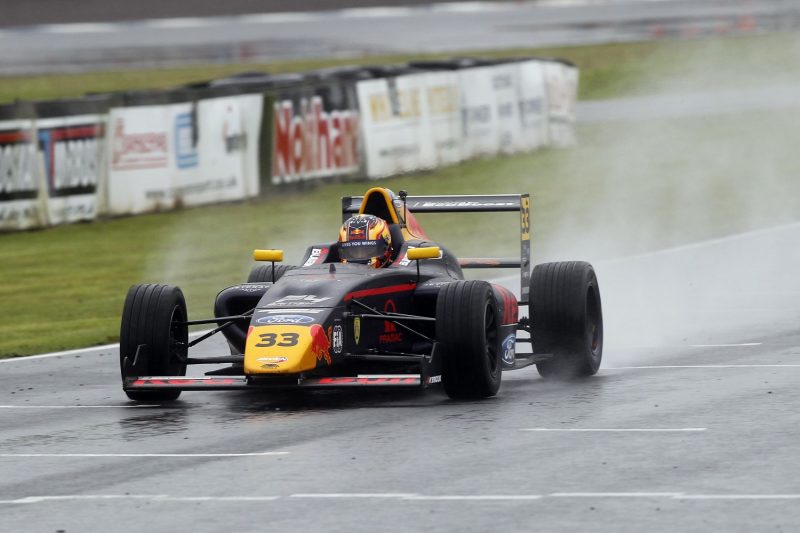 Doohan’s best result of the weekend came in Race 1, where he finished third outright and first in the rookie class, after challenging for second throughout the encounter.

In Race 2, the Red Bull junior tried a move on Kiern Jewiss for fourth, but made slight contact and ended up spinning, finishing the race at the rear of the field.

Things didn’t get much better for Doohan in the final hit-out as the Gold Coast racer was turned around on Lap 1.

He managed to recover to sixth at the flag following a spirited drive up the order, earning the fastest lap of the race in the process.

The final meeting of 2018 takes place at Brands Hatch from September 29-30. 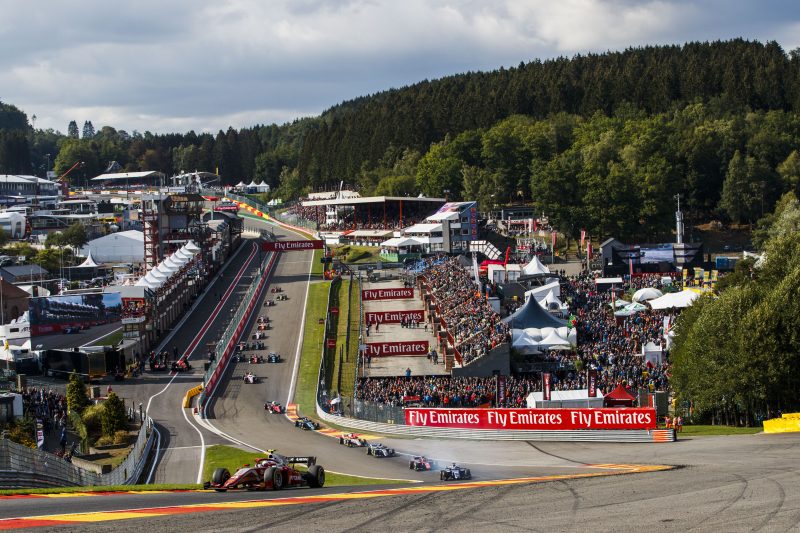 Nyck de Vries and Nicholas Latifi starred in Round 9 of Formula 2 at Spa-Francorchamps.

Sergio Sette Camara moved into second on the opening lap but struggled to keep in touch with de Vries on his way to a runner up finish.

George Russell fended off a fiery championship rival Lando Norris to take home third before the latter had to hold off Alexander Albon in the final stages to finish fourth.

Latifi converted his first position start into a first win of the season in the Sprint Race.

A series of outstanding manoeuvres saw Norris get up to second, where he would finish ahead of third place man Albon.

Russell’s championship lead fell to five points after the Brit only finished seventh in the Sprint, with F2 now heading to Monza this coming weekend (August 31-September 2). 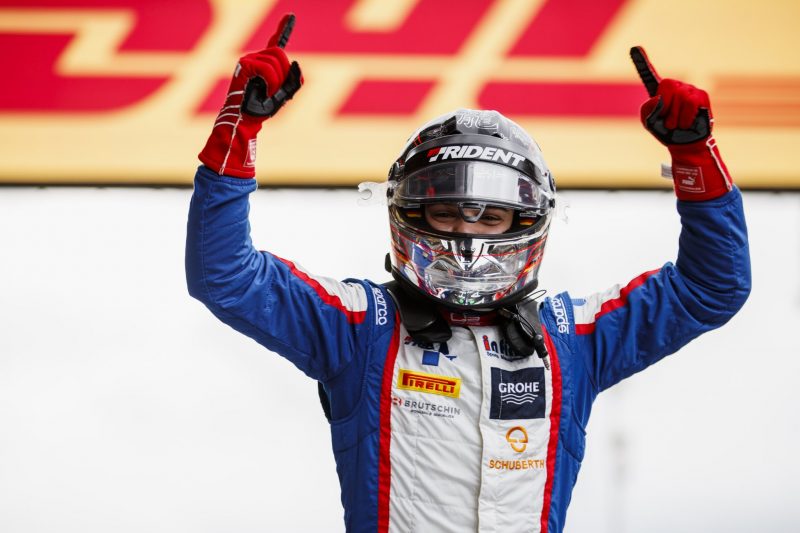 David Beckmann and Nikita Mazepin each won a race in GP3 at Spa-Francorchamps.

Beckmann converted from pole position in Race 1 but not without challenge from Ryan Tveter, who charged from eighth on the grid.

Tveter chased his way up to the rear wing of Beckmann, attempting a move with the help of DRS at La Source on Lap 8 but running wide and leaving the former to scamper off out front.

Struggling for pace, he then fell back through the order while Mazepin came to the fore; the Force India junior driver winning ahead of Hubert and Callum Ilott.

Hubert maintains his championship lead over Ilott, with Round 7 this weekend (August 31-September 2) at Monza. 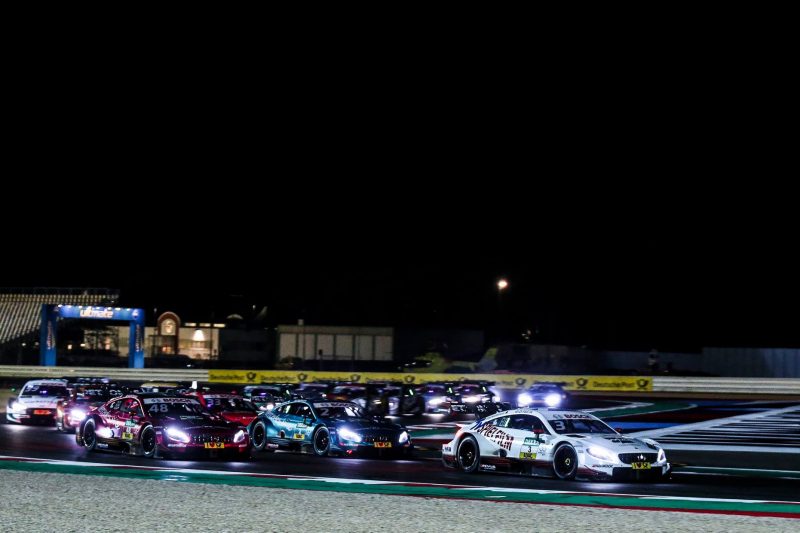 The DTM field at Misano

Paul di Resta and Joel Eriksson emerged victorious in an chaotic weekend of DTM racing at Misano which featured the championship’s first ever night races.

Paffett locked up at Turn 8 and ran wide, only to be hit by Mortara upon rejoining who was trying to cover off a challenge from Philipp Eng (BMW).

The incident saw Paffett retire on the spot and brought out the Safety Car.

Di Resta dropped to second on the restart before another Safety Car was called moments later.

The Brit eventually got by Eng for the lead in the final 10 minutes, as a charging Robin Frijns (Audi) found himself second at the flag ahead of third place man Mortara.

A thrilling wet-dry Race 2 was won by a decisive gamble from Eriksson, who started the damp race on slick tyres and only made one pit stop while others were forced into the pits a second time to change back to wets following a mid-race shower.

The BMW rookie crossed the line 1.8s ahead of the Mortara and Rene Rast (Audi).

Alex Zanardi enjoyed a fifth place finish in Race 2 in his wildcard appearance for BMW, with di Resta now nine points ahead of Paffett in the championship standings.

Nürburgring hosts the next round on September 7-9. 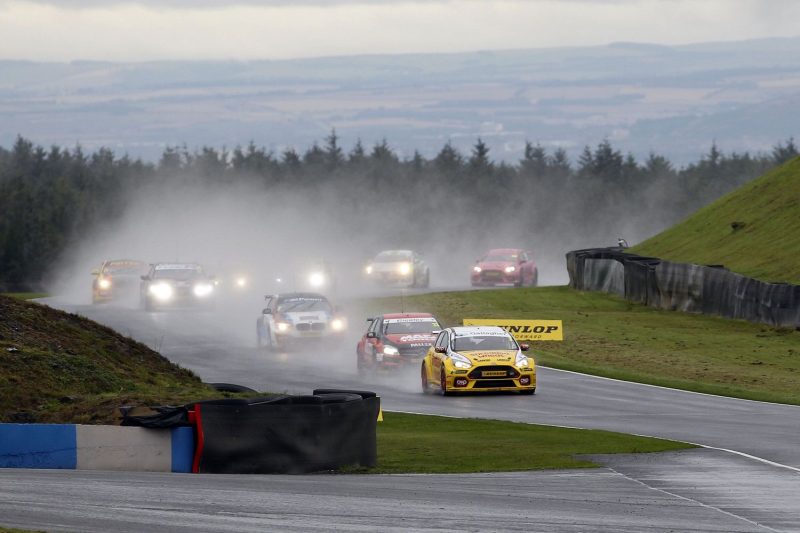 Colin Turkington was able to extent his advantage at the top of the BTCC standings with a double podium and fourth place at Knockhill.

Turkington benefitted from woes for his title rivals to vault to a 43 point lead at the top of the table following three consistent performances.

Sutton won Race 1 but he and Tom Ingram were excluded from Race 2 for a technical infringement having taken the chequered flag in first and second respectively.

Jordan inherited that victory before Chilton became the 14th different winner of the season in Race 3.

Turkington’s second place result in the final contest helped him leap ahead in the title fight, as Sutton and Ingram finished eighth and 16th respectively.

The British Touring Car Championship returns at Silverstone on September 15-16. 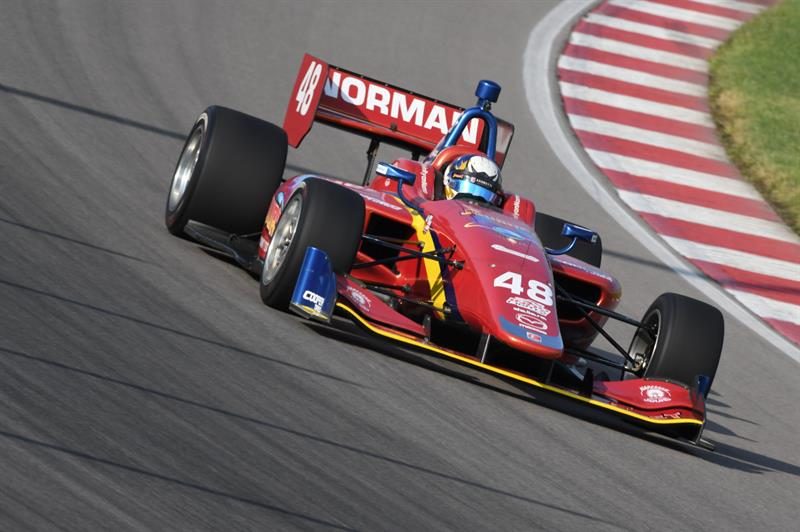 Herta (Andretti Steinbrenner Racing) led at the start from pole as Norman (Andretti Autosport) moved into second before making the decisive pass with six laps to go on the back straight.

The pair put on a thrilling battle in the closing stages but Herta couldn’t find a way back past Norman, who won by 0.2s.

Pato O’Ward (Andretti Autosport) claimed a lonely third, 14 seconds behind the leading duo, and saw his series lead over Herta cut to 25 points.

The final two races of the season take place at Portland this weekend (August 31-September 2). 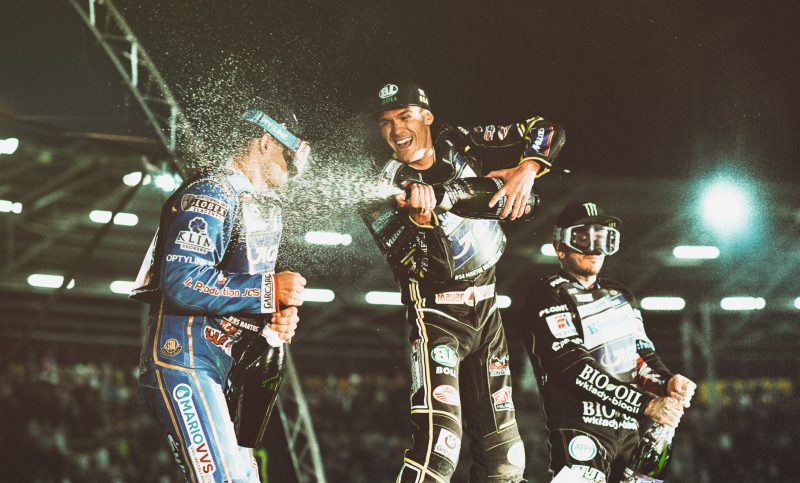 Martin Vaculik won for the first time since badly breaking an ankle in April, in the Gorzow Speedway Grand Prix of Poland.

The Slovakian secured victory in the final having passed Pole Bartosz Zmarzlik on Lap 2, while championship leader Tai Woffinden and Patryk Dudek completed the order.

Newcastle’s Jason Doyle finished the event in ninth and moved up one position to 10th in the standings.

Sydneysider Chris Holder remains 12th despite failing to collect a single point on the night.

Speedway GP heads to Slovenia for its next event on September 8.

Racing at Silverstone was cancelled due to the washout which also saw the MotoGP race not go ahead.

The San Marino round at Misano is next on September 7-9.