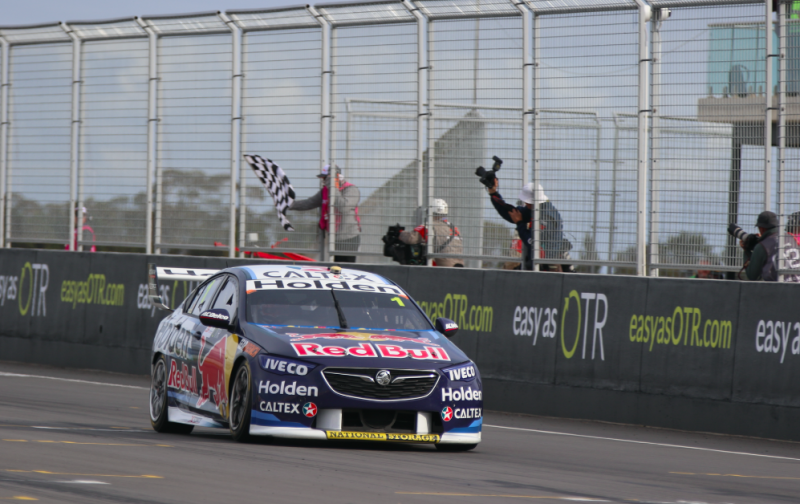 Triple Eight has become the most prolific race winning team in the history of the Australian Touring Car Championship/Supercars following victory in Race 23 at the OTR SuperSprint.

The feat arrives during a campaign that sees Triple Eight mark 15 years since the team began in the championship when Dane took over Briggs Motorsport in 2003, having emigrated from the United Kingdom to Australia.

Since then the squad has raced Ford Falcons from 2003-2009 before switching to Holden in 2010. It took over as the factory team from Walkinshaw Racing last year.

In fact next month’s Rabble.Club Sandown 500 will be the anniversary of the squad’s first race in the series.

Reflecting on the achievement, Dane admitted the milestone is a proud moment for everyone who has worked for the team.

“From a Triple Eight point of view to have the most wins in Australia is pretty awesome and a credit to everyone, not only people currently at the team, but everyone who has ever worked for us over the last 15 years,” Dane told Speedcafe.com.

“I’m proud. Sandown will mark the 15th anniversary of Triple Eight in Australia, it is good to have that coincide with winning more races than anyone else.”

Whincup has scored an impressive 62 percent of Triple Eight’s championship race wins which equates to 112 victories, having last year assumed the mantle of the most prolific race-winning driver to have raced in the series, and extended his record championship tally to seven.

The 35-year-old has scored all of his championship race wins with the squad having joined the team in 2006 and it was perhaps fitting he clinched the milestone triumph.

“Those numbers keep ticking away in the background,” said Whincup when asked about the achievement.

“When you’re in the heat of the battle it’s not something you focus on or work towards, that just happens.

“As I keep saying with these numbers, they don’t mean much right now, but when the big fella (Roland Dane) retires I’m sure that will be worth gold to him in knowing from 2003 what he’s done in a short period of time.”