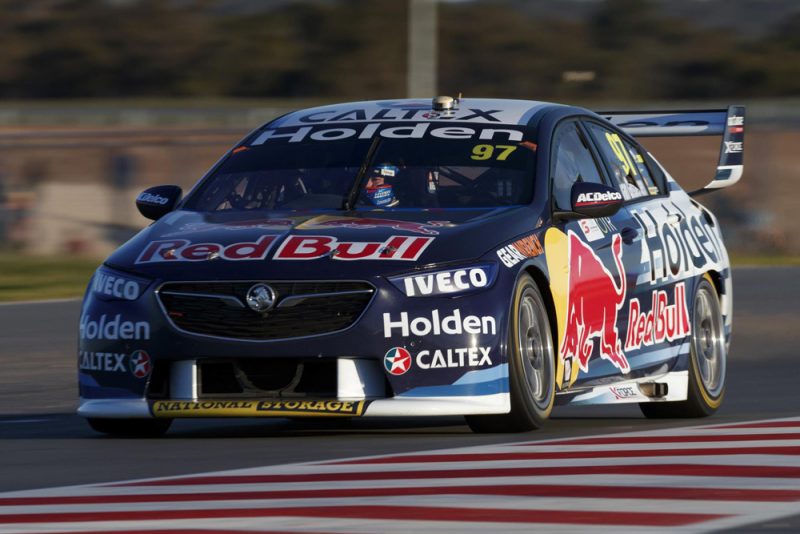 Shane van Gisbergen suggests an upturn in qualifying pace has set up the dream run which culminated in him taking the lead in the Virgin Australia Supercars Championship points battle at the OTR SuperSprint.

A strong start to the year on the streets of Adelaide was the prelude to a tough run of races as the Red Bull Holden Racing Team came to grips with the brand-new Commodore.

Since Townsville however van Gisbergen has not finished less than second, banking four wins and three second place finishes in that time.

Sixth at Phillip Island has been the New Zealander’s worst result since a pedal box issue saw him home in 25th at Symmons Plains.

It’s seen him chase McLaughlin’s 89 point advantage and transform it into a 19 point lead of his own, a 108 point swing over The Bend weekend.

“Mainly it stemmed from qualifying, that’s been our issue,” van Gisbergen said.

“Our race pace had been fast enough all year and I think fixing that (qualifying) and then there’s less pressure you can work on other areas.

“It’s just been consistent, accumulating points and being there every week and when you have a bad race still trying to get into that top five, don’t get frustrated just do the best job you can. (I’m) Just trying to stay focused on that.”

After recording victory on Saturday, van Gisbergen backed up that effort with second place in Sunday’s 200km race at The Bend Motorsport Park.

With McLaughlin capable of only 10th, the result meant van Gisbergen moved into the lead of the points standings for the first time since Symmons Plains in April.

“I saw the purple board, got a bit excited, but such a long way to go.

“We need to keep our heads down but credit to the team. The Red Bull Holden Racing Team has given us some rockets this weekend, 1-2, that’s really special.

“But (there’s still a) long way to go. We’ve got to keep focused but we’re in a good spot.”

The Red Bull driver isn’t getting carried away, and expects McLaughlin to bounce back at Sandown in three weeks.

“I think they’re obviously a good team now and they’ve been the benchmark in the qualifying especially,” he said.

“I’m sure they’ll bounce back strong and this will motivate them, but for us it’s just awesome to see the progress of the three cars and as a unit how well everyone’s working together.

“It’s good momentum, you just need to not lose focus.”