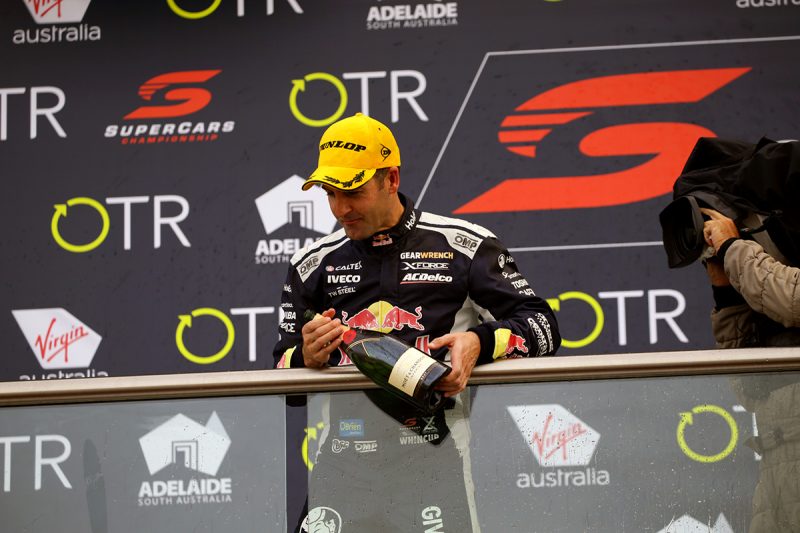 Triple Eight has copped a fine for its champagne celebration after a dominant one-two finish in Race 23 of the OTR SuperSprint at The Bend Motorsport Park.

Stewards have issued a $1,000 fine to the factory Holden team after race winner Jamie Whincup breached Supercars’ end of race procedure by dropping a champagne bottle from the podium to a crew member during celebrations.

“During the podium presentation, the Driver of Car #1 was observed to drop a champagne bottle from the podium to a crew member which is specifically prohibited in the End of Race Procedure,” read a report from the stewards.

“After to an admission to the breach of End of Race Procedure by the Team of Car #1, the Stewards imposed a Fine of $1,000 on Triple Eight Race Engineering Pty Ltd.”

Whincup’s podium celebration wasn’t the only matter dealt with by the stewards post-race.

Tickford Racing has been docked 50 Teams’ Championship points after it was found to have failed to install an SD card in Richie Stanaway’s judicial camera in car #56.