Rabat hospitalised after being hit by rival’s bike

Rabat hospitalised after being hit by rival’s bike Tito Rabat has been hospitalised after being hit by Franco Morbidelli’s bike when several MotoGP riders ran off together in the rain at Silverstone during Free Practice 4.

Alex Rins jumped from his Suzuki as it aquaplaned at Stowe, Rabat crashed, and Aleix Espargaro also ran off at the same corner.

Rabat was still walking away from the scene when he was collected by Morbidelli’s Marc VDS Honda after the Italian, too, went down in the heavy rain.

Medical crews attended to Rabat before he was stretchered away, and the injured Spaniard was reported to be conscious when he was taken to the circuit’s medical centre.

The Avintia Ducati rider was airlifted to hospital with “multiple injuries” according to an update from MotoGP via Twitter.

Medical Info Update📋@TitoRabat has been transferred to hospital

The start of Qualifying 2 was delayed “due to safety conditions” according to race control, after patchy rain around various parts of the circuit. 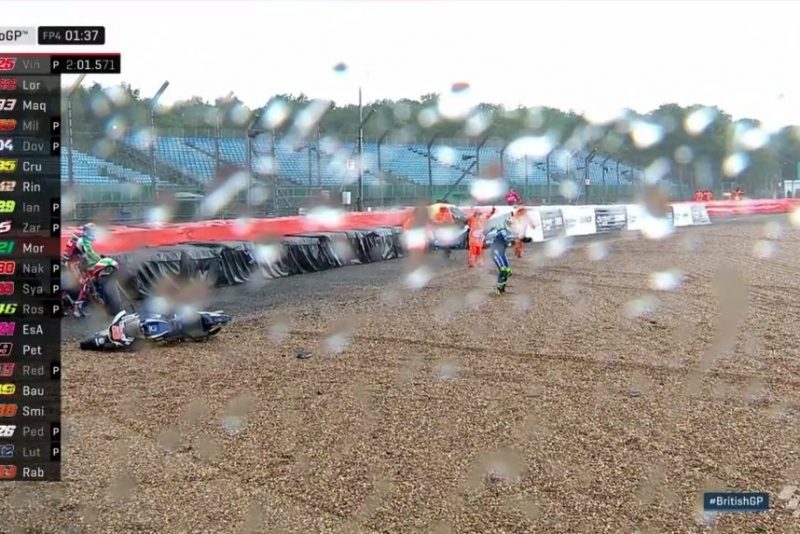