McLaughlin not giving up on Bend fightback

McLaughlin not giving up on Bend fightback 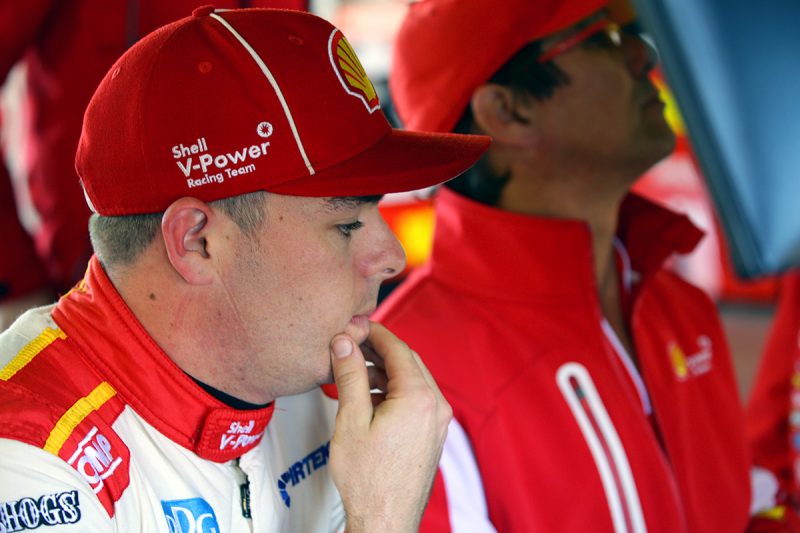 Scott McLaughlin says he’s not prepared to give up and is hopeful of a fightback in today’s conclusion of the OTR SuperSprint.

The championship leader has so far struggled to translate his usual front running pace at the fast and technical Bend Motorsport Park circuit.

The Shell V-Power Racing team has been on the back foot throughout Supercars’ maiden visit to the new South Australian venue, but has steadily made gains to close the gap to title rivals Shane van Gisbergen and Triple Eight.

McLaughlin finished sixth in yesterday’s first ever Supercars race at the facility and witnessed his championship lead cut from 89 to 41 points as van Gisbergen took his fourth win in five races.

The Kiwi felt sixth was the best he could achieve but has not given up on a fightback in today’s 200km Race 23.

“I’ll never give up and you have just go to on with it,” McLaughlin told Speedcafe.com.

“We need to make it better but we have just got to keep our head up and get on with it.

“We think we can make an improvement.

“Ludo (Lacroix, race engineer) has got an idea but we will figure it out.

“We know where to find the speed it is just a matter of going through the toolbox and seeing what we can do.”

Despite the struggles, he is proud by the way the team has continued to find improvements over the weekend.

“So far it has been pretty uneventful for us. Obviously we have made gains throughout the weekend which I’m proud of and I’m proud of everyone for keeping their head up, but sixth was all we could do,” he added.

“I felt like I was in the race but I wasn’t fast enough in the right areas. I had to make the most of the speed where I had it.

“We know where to find the speed it is just a matter of going through the toolbox and seeing what we can do.”