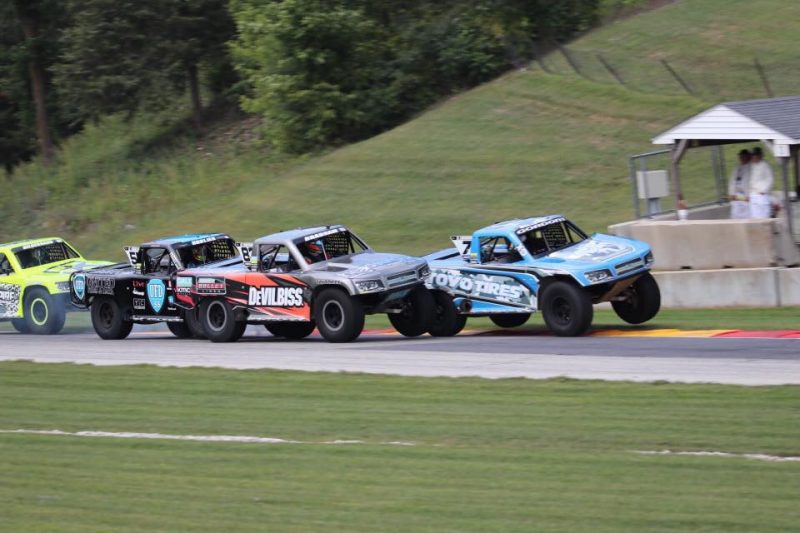 Matt Brabham has extended his points lead in the Stadium Super Trucks series with a race win and second placing at Road America.

Brabham started from the rear of the field in Race 1 due to the customary grid reversal but was able to move forward quickly and challenge for the lead.

The last four laps of that encounter saw a battle between Robby Gordon and Brabham with the pair exchanging the lead numerous times.

Ultimately it was Gordon who was able to inch ahead and take the first win of the weekend.

Gavin Harlien, who sits second in the series points standings, followed the pair across the line.

Following the qualifying shootout for the second race, Brabham sat 11th on the reversed grid but was able to move up to fifth by the Competition Caution.

With just two laps left, he made a lunge for the lead over NASCAR driver Greg Biffle. Blade Hildebrand rounded out the podium.

Stadium Super Trucks’ penultimate round is scheduled to take place on the Gold Coast 600 support card on October 19-21.