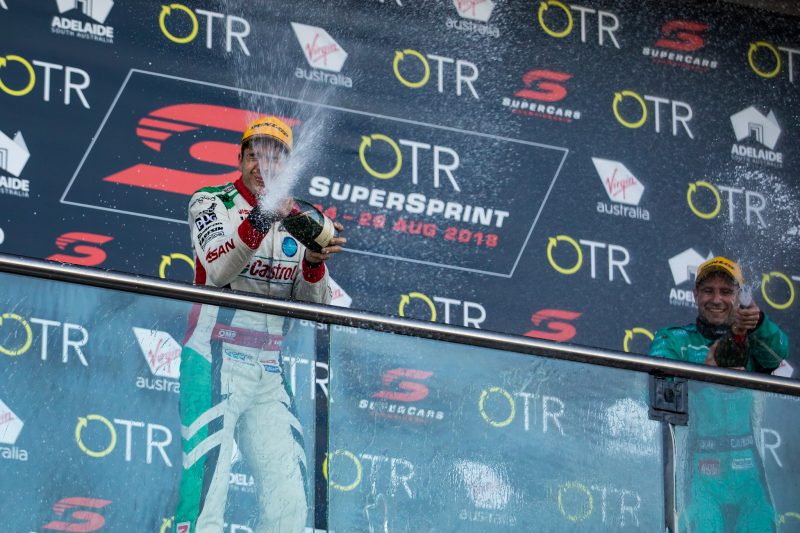 Nissan Motorsport team manager Scott Sinclair has praised the effort from both his drivers and engineering group as the outfit delivered a double podium at the OTR SuperSprint.

The Braeside squad emerged as the nearest rivals to the race winning Red Bull Holden Racing Team throughout qualifying and the race at all-new Bend Motorsport Park.

Caruso and Kelly diced for position early in the race before the latter emerged ahead prior to the Safety Car on lap 7.

After completing their mandatory pit stops Kelly and Caruso maintained second and third for the remainder of the race.

The result was Caruso’s first rostrum of the season and Kelly’s fourth after taking a win at Winton, and a second and third at Phillip Island.

It was also Nissan Motorsport’s first double podium since Winton in 2013.

Given the recent challenges the squad has faced with extracting race pace and the technical nature of The Bend Motorsport Park, Sinclair was impressed by today’s results.

“In the last three or four months we have had big dramas with our race pace so it was really pleasing today to not have those dramas and show with two cars we can stay reasonably close to the front,” Sinclair told Speedcafe.com.

“The engineering group has done a fantastic job this year so full credit to them and the drivers did well. Michael and Rick were able to grab the opportunity they had and get it done.

“There were plenty of opportunities to make a mistake and they didn’t.

“It was probably one of those days where everything came together and it is easier to maintain race pace when you are out the front and there is no doubt there is a bit of that.

“But we have been working on a number of things some of which have been integrated in the car.

“We now need to look and see if those things contributed or not.”

While Kelly and Caruso featured on the podium, team-mates Andre Heimgartner and Simona de Silvestro were caught up in incidents and finished 18th and 23rd respectively.

The squad will return to the track tomorrow for Armor All Qualifying for Race 23 at 1050 local time.