Raikkonen fastest in practice at Spa

Raikkonen fastest in practice at Spa 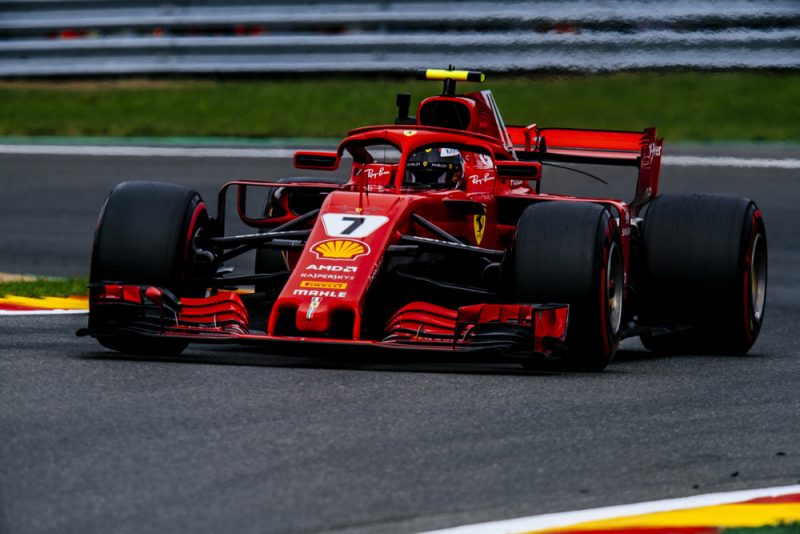 Kimi Raikkonen topped a Formula 1 practice session for the first time since Bahrain after setting the fastest time in Practice 2 for Sunday’s Belgian Grand Prix.

The Ferrari driver bettered Lewis Hamilton, who had been the fastest runner before Raikkonen bolted on a set of soft compound tyres.

Valtteri Bottas rounded out the top three, the Finn set to take a grid penalty for an engine change that will leave him on the back row on Sunday afternoon.

He’ll be joined by Nico Hulkenberg at the back of the grid, the German ending Practice with the 11th fastest time.

Sebastian Vettel ended the afternoon’s session fifth, one spot behind Red Bull’s Max Verstappen and one ahead of Daniel Ricciardo.

The Australian had sat out much of the day’s earlier running after his car suffered an engine issue.

Vettel was seventh tenths away from the ultimate pace after he caught traffic during his qualifying simulation, leaving him without a representative time.

The Ferrari driver had been fastest in the opening session over Verstappen with a lap only two tenths slower than he managed in FP2, while Raikkonen found 1.4 s.

Stoffel Vandoorne spent a long period in the garage after branding his car ‘undriveable’, ending the day slowest across both sessions.

Practice continues on Saturday with a final 60 minute hit out at 2000 AEST prior to qualifying at 2300.