Percat fastest in final practice at The Bend

Percat fastest in final practice at The Bend 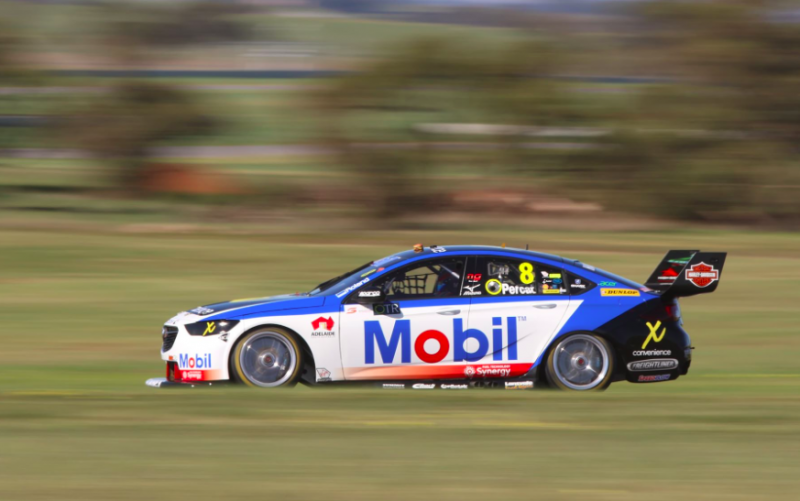 Nick Percat has set the fastest lap in the final practice session for the OTR SuperSprint at The Bend Motorsport Park.

The South Australian ended up a little over two tenths of a second quicker than Tickford Racing duo Mark Winterbottom and Chaz Mostert, who exchanged second position after the chequered flag.

Percat was prominent throughout the 45-minute session and his best of 1:49.5892s, 0.8393s slower than the Friday benchmark, came during the penultimate run for the #8 Mobil ZB Commodore.

“It’s awesome to be in that front five but far out, if that thing is quickest there are some blokes working real hard, because I feel all our cars are still outside the window,” declared Percat.

“We’re just teetering on the edge. The good thing is my car’s been good on old tyres and new tyres and it shows that our package is good here because I did next to no laps yesterday in Practice 1 (due to transaxle problems) and rolled out quick so credit to the guys.

“Just keep resurfacing all the tracks around the country and BJR will be on for a championship.

“It is good but a lot of work to do and I imagine the 26 others will say the same thing.”

Winterbottom very briefly held top spot just before Percat’s ultimate benchmark and was second ahead of the final runs.

Mostert (#55 Supercheap Auto FGX Falcon) shot up from 17th to second with the chequered flag out before Winterbottom (#5 The Bottle-O FGX Falcon) edged back in front of his team-mate with a lap 0.2248s slower than Percat’s best.

Andre Heimgartner was fastest at the halfway mark in the #7 Plus Fitness Nissan Altima, got bumped outside the top 10, then set a time good enough for fifth on his final lap.

Friday fast man Shane van Gisbergen (#97 Red Bull HRT ZB Commodore) was sixth and 1.2448s slower in Saturday’s only practice session, which ran in colder conditions than the day before.

Triple Eight team-mate Craig Lowndes was next in the #888 Autobarn ZB Commodore having found 1.8146s compared to his fastest Friday lap time, an effort which saw him also hold top spot during the session.

The Bend’s new surface and technical layout continued to catch out several drivers, including Whincup and McLaughlin.

The latter was set to usurp Heimgartner’s then-fastest lap just before the halfway mark until he ran off at the second-last corner.

McLaughlin finished the session three-quarters of a second off the pace, while David Reynolds was further back in 15th in the #9 Penrite ZB Commodore.