Gateway grid to be determined by points due to rain

Gateway grid to be determined by points due to rain 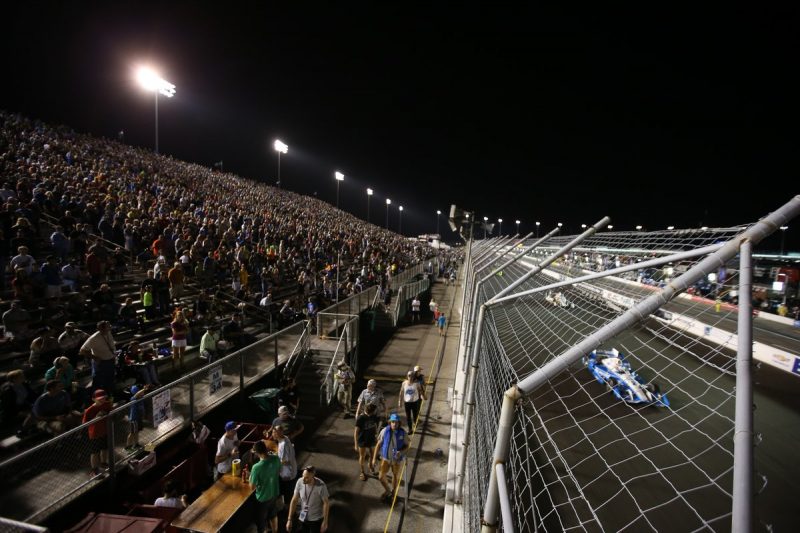 Scott Dixon will start IndyCar’s Gateway 500 from pole after a rain-interrupted Friday schedule led to the grid reverting to entrants points standings.

Dixon will start on the front row alongside Alexander Rossi, ahead of Team Penske duo Josef Newgarden (third) and Will Power (fourth).

All sessions had been pushed back with the hope of running opening practice, qualifying and final practice around the weather.

Cars took to the speedway for Practice 1, however there were several yellow flags during the session for water around the track.

Rossi, winner of the last two races, topped practice with a speed of 194.852mph in the #27 Andretti Autosport Honda.

IndyCar will be running an extended final practice session under lights from 1130 AEST, adding an extra half hour to the clock.

The Bommarito Automotive Group 500 will take place over 248 laps from 1035 AEST tomorrow.