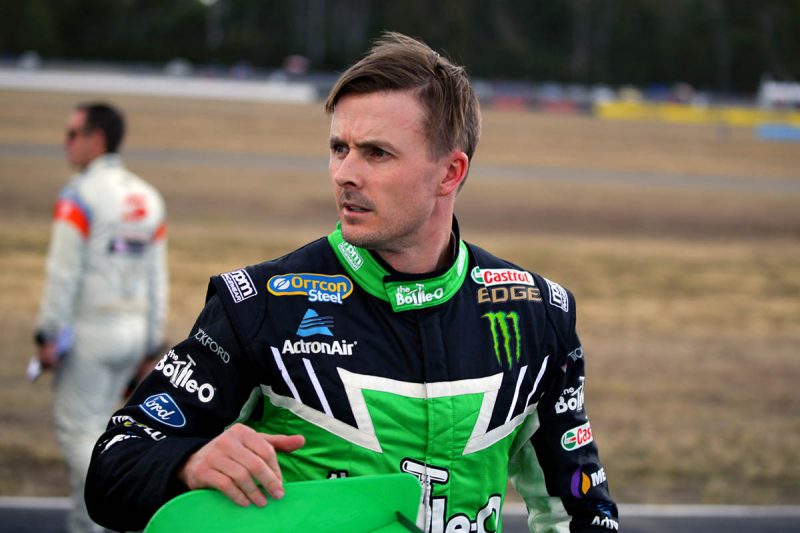 Mark Winterbottom says his Tickford Racing package has undergone arguably the biggest changes of the season so far heading into this weekend’s OTR SprintSprint.

The 2015 Supercars champion has endured a difficult campaign that sees the Ford man sitting 13th in the championship standings having scored six top 10 finishes in 21 races including one of only two podiums for the Tickford squad.

Winterbottom’s struggles have been replicated across the four car Tickford outfit although team-mate Chaz Mostert is beginning to find form after four consecutive top six finishes.

Tickford has been working hard both during race meetings and behind the scenes to unlock speed from its Falcons, which has included upgrades to engines and the chassis.

While the results of the upgrades are yet to be proven, Winterbottom is hopeful the changes will help him at the all-new The Bend Motorsport Park this weekend.

“Sydney Motorsport Park was not good for us but we come here with quite a few changes,” Winterbottom told Speedcafe.com.

“It is probably the biggest change we have had this year going into this round.

“We hope it helps and some of the changes I do feel a lot better about.

“The changes are in specific areas,” he added but refused to be drawn further.

“It should be good. We have just had dramas this season and it has just got away.

“It might be the same, it might be different, but in my head it should be better so we’ll see.”

Winterbottom is among a small group of drivers to have already driven the new 4.95km circuit at Tailem Bend after cutting laps during a support category test last Thursday.

The 37-year-old has been impressed by the facility which he feels will offer a significant test for drivers.

“To get pole you are going to have to earn your money and that is what you want from a circuit,” he said.

“Its (the circuit) a new spec of all the corners that make up our calendar in one track.”

CLICK HERE for Winterbottom’s guide to The Bend Motorsport Park.

Supercars will compete two 45 minute practice sessions today which will be the first running for the championship at the inaugural OTR SuperSprint.