Whincup: Perfecting a lap at The Bend like Bathurst

Whincup: Perfecting a lap at The Bend like Bathurst 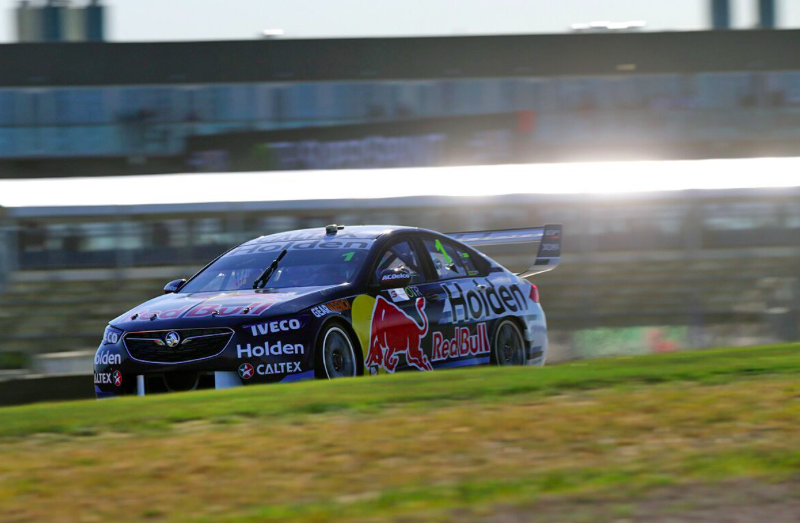 Jamie Whincup believes perfecting a lap around The Bend Motorsport Park presents a similar challenge to that of nailing a lap at Bathurst.

The seven-time Supercars champion had predicted the new 4.95km South Australian circuit would pose massive challenge which the venue duly delivered on the opening day of the OTR SuperSprint.

Reflecting on the challenge the circuit posed to the field, Whincup drew comparisons to the famous 6.2km Mount Panorama circuit.

“Hundred percent, it’s like a Bathurst lap; you can be three-quarters of the way around the lap and you go,‘This is pretty good,’ but you’ve still got to get the job done right at the end,” said Whincup.

“And the last corner’s one of the most challenging corners on the circuit as well.

“The job’s not done until you cross that finish line, so really, really challenging track, it’s going to offer some great racing.”

Adding to the challenge is a lack of grip in areas of the track which has left drivers struggling for confidence across the field.

Whincup believes there is a plenty of grip on the track but admits there are areas where the circuit catches out drivers.

“The track feels awesome, it’s like a billiard table, really nice flow, and as you would have seen, massively, massively challenging to get right; one corner leads onto another; there’s a lot of grip out there but then it bites pretty hard as well,” he added.

It was a view echoed by van Gisbergen despite the Kiwi posting a benchmark time significantly faster than the rest of the field.

“The circuit is very high-grip but we’re on a Dunlop hard tyre for safety, we’re unsure what the tyres are going to be like, so every time you turn the wheel, you don’t know whether the tyre’s going to grip or slide, and then the track catches you sometimes.”

While the Triple Eight cars enjoy a healthy margin over the rest of the Supercars grid after Friday practice, Whincup believes it is too early to read into the results from Friday practice.

Supercars will return to the track tomorrow with a final 45 minute practice at 1035 local time.