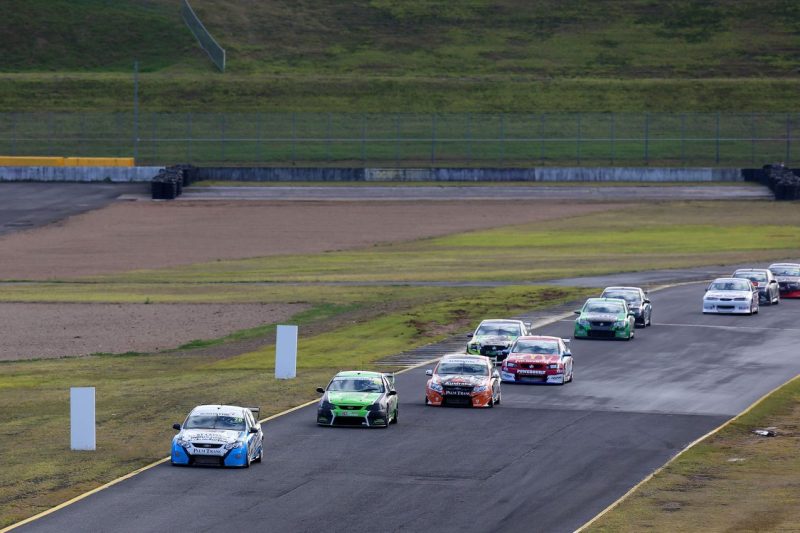 The unofficial third tier of Supercars has grown in profile and status in recent years with an influx of young up-and-coming drivers and an increase in the number of rounds which support the Virgin Australia Supercars Championship.

Brad Jones Racing and Matt Stone Racing now span all three series, the former fielding 2017 winner Jack Smith across V8TC and the Dunlop Super2 Series, while MW Motorsport and Image Racing operate in both of the lower two rungs.

Alex Rullo has most notably gone all the way up the ladder and, while he dropped back to Super2 this year, has since picked up a maiden Armor All Pole Position and race win in an official Supercars series.

Shae Davies won the 2013 V8TC Series before driving the back half of the 2016 Virgin Australia Supercars Championship with Erebus Motorsport, and several others have spent time in the third tier on their way to Super2.

This weekend’s season finale is set to be a title decider between two drivers fresh out of Formula 4, MWM team-mates Tyler Everingham and Zak Best, while another two ex-F4 drivers in Harry Hayek and Harley Haber debuted last time out.

Terry Wyhoon’s Image Racing will run its ex-Stone Brothers Racing FG Falcons for Haber and Maxim Erickson at The Bend, having seen Boys make the step from V8TC to Super2 within his team last year.

When asked if the standard of the series had improved significantly in recent years, Wyhoon told Speedcafe.com, “Hundred percent, a hundred percent.

“It’s like Super2 was when it started (2000), when it was the Konica Series. Now, well it’s actually probably ahead of that, and it’s definitely a third tier now for young drivers.

“They’re not a COTF car, I know that, but it’s the closest you’re going to be able to go and do a five-round series and learn the basics.”

While there are no concrete plans yet for either Everingham or Best to move up within Matthew White’s team next year, the long-time owner had a similar sentiment.

“That’s why we’re in V8 Touring Cars, just to try and introduce some new blood into the sport, and for them it’s the perfect age and the perfect category,” he told Speedcafe.com.

“They’re punching good times, they’ve knocked off some pretty established driver’s times in what they’ve done this year, so it’s a really good proving ground because Super2 is just so tough.

“We push people pretty hard to try and run them in a V8 Touring Car, just to sort of cut their teeth and build some confidence before they get exposed to the biff and barge and competitive of Super2.”

V8TC had run exclusively with Shannons Nationals until an unofficial support round at Supercars’ 2014 Sydney 500 event, started running competitive rounds with Supercars in 2016, and expanded that presence to four rounds out of five this year.

“I think we’ve taken some good strides, particularly this year, getting them onboard with more of the Supercar rounds,” added White.

“It just gives the drivers a chance to expose themselves and punch some good results in front of a good crowd and also the Supercar teams so that they can start to see what the young blokes can do and how capable they really are.

“It’s definitely a positive what they’ve done this year.”

Round 5 takes place at the OTR SuperSprint from Friday.