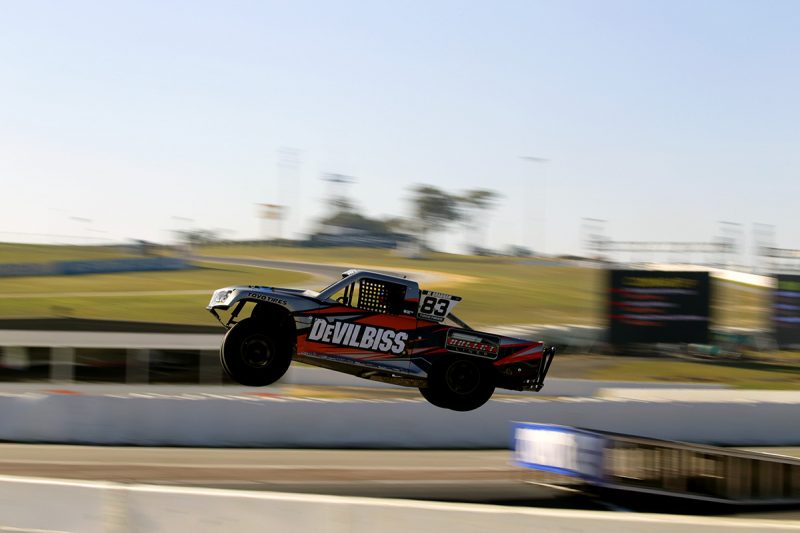 The 24-year-old heads the standings by 24 points with three events remaining in 2018.

Road America has been a happy hunting ground for the family with Brabham’s father Geoff and uncle David enjoying wins and podiums at the circuit across multiple categories, including IndyCar and IMSA.

In the long break since the last SST event at Texas in June, Brabham has had two outings in a Mercedes-AMG GT3 in the Pirelli World Challenge.

“It’s been a while since I’ve been in the truck; the last time was in Texas,” he noted.

“Texas was a mix of everything – dirt, big jumps and tarmac – and to come away with a win on the Sunday was great.

“Last year we lost out the title by one point, so I’m definitely hungry to go that one step further.

“I’m looking forward to getting out there at Road America; it’s always fun to get back in the DeVilbiss truck.

“Two weeks ago, I was in the DeVilbiss Mercedes AMG-GT3 which is totally different to these trucks, but was another chance to get some experience.

“I want to go into this weekend and make the most out of it, and hopefully keep building my points lead.”

SST supports the NASCAR Xfinity Series, in which James Davison will make his return after an impressive if ultimately fruitless run at Road America last year.