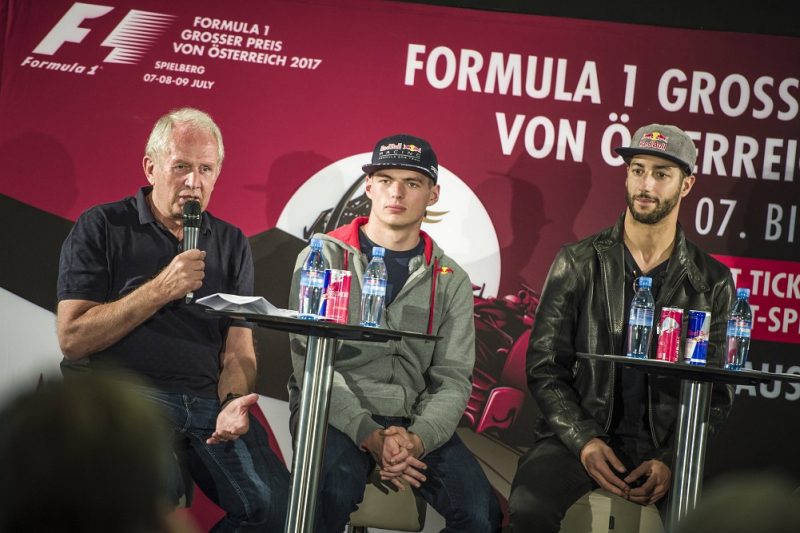 Red Bull motorsport adviser Helmut Marko believes that it is ‘a pity’ that Daniel Ricciardo chose to defect from Red Bull Racing to Renault.

Marko even went as far as to venture that, “It will be difficult to have more shoeys in the future,” in reference to the West Australian’s prospects at Renault during an interview on Austria’s Servus TV.

Ricciardo has won twice this season, an opportunist effort in China and a stellar drive in an ailing RB14 in Monaco, while current team-mate Max Verstappen took victory in Austria.

Renault Sport’s best race result, on the other hand is a pair of fifths.

“Including his time in the junior program he has been with Red Bull for 10 years,” noted Marko.

“He said he needed a change of surroundings. I can understand that, but it’s a pity because he is one of the strongest drivers.

“His overtakes are great. They come out of nowhere and sometimes his opponents don’t even realise they are being overtaken.”

Marko also claimed that Ricciardo had all but agreed to stay on at Red Bull Racing before the shock announcement earlier this month that he would be moving to Renault.

The Austrian suspects that Ricciardo was reluctant to race a Honda-powered car next year, when Red Bull will switch from Renault engines, or that Renault offered a more lucrative deal.

“I don’t understand it. It was a very strange situation anyhow,” Marko said of negotiations with the 29-year-old.

“The negotiations were difficult but Wednesday before the Austrian Grand Prix we were talking for two hours and came to an agreement.

“During the weekend, we were talking and renegotiating again.

“In Hungary, he told Mr (Dietrich) Mateschitz (Red Bull owner) and me that he was OK with everything and that he was going to sign during the (post-race) test on Tuesday. But he didn’t.

“On Thursday, he then called and told me he was going to Renault. I can only assume that maybe he doesn’t believe in the Honda project or that Renault offered him a lot of money.”

Red Bull has since chosen to promote Pierre Gasly from Scuderia Toro Rosso.

Fernando Alonso’s name had been raised as a potential replacement for Ricciardo, which prompted Red Bull team principal Christian Horner to quip that the two-time world champion causes ‘chaos’ at teams.

Marko was similarly unequivocal about how likely the prospect of signing Alonso was.

“We were negotiating with him in 2007 or 2008. His demands were very tedious back then,” said Marko of the Spaniard.

“If you look at his history, in McLaren and Ferrari, it was always a one-man show. That doesn’t fit with us.”

Ricciardo is currently fifth in the Formula 1 drivers’ championship, which resumes from its summer break this weekend in Belgium.