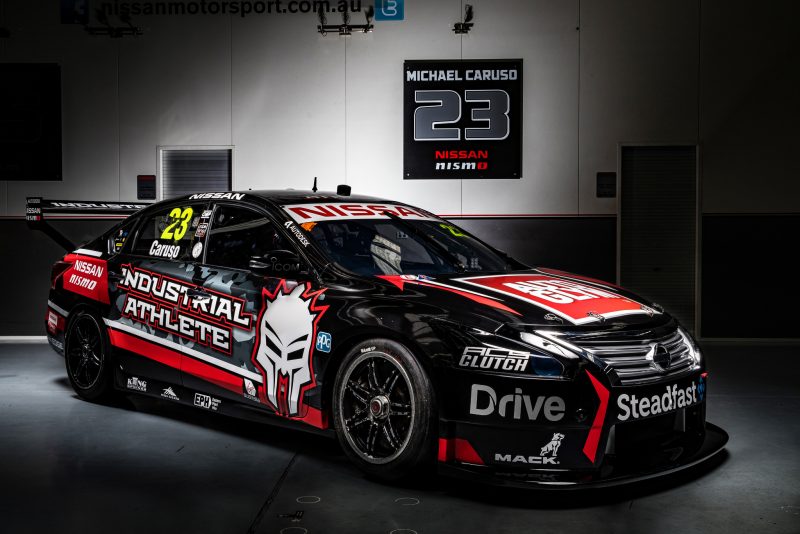 Nissan Motorsport has revealed an aggressive new livery for Michael Caruso which will debut at this weekend’s OTR SuperSprint at The Bend Motorsport Park.

Industrial Athlete will take over primary sponsorship from Drive.com.au which had seen the car sport an eye-catching teal look for the opening 10 events of the season.

The clothing company has been the team’s official apparel provider since last year, while motoring website Drive.com.au will remain as a major partner for the remainder of the season.

“I love the look of the Industrial Athlete Nissan,” said Caruso.

“You need the right gear to perform at your best, and that extends to what the team wears at the racetrack and in the workshop.

“The whole team raves about the Industrial Athlete workwear. So to have them on the car is really exciting.”

Caruso will be among a small group of drivers to experience the new 4.95km Bend Motorsport Park circuit having logged last during last week’s support category test.

The 35-year-old jumped aboard an older generation V8 Supercar, prepared by MW Motorsport for competition in the Kumho V8 Touring Car Series.

He was joined on the day by Nissan team-mates Rick Kelly and Andre Heimgartner.

Caruso heads to The Bend eager to bounce back from difficult Red Rooster Sydney SuperNight 300 that saw him finish in 22nd spot after being tagged late in the race by Erebus Motorsport’s Anton De Pasquale.

The two-time Supercars race winner is 16th in the championship standings. 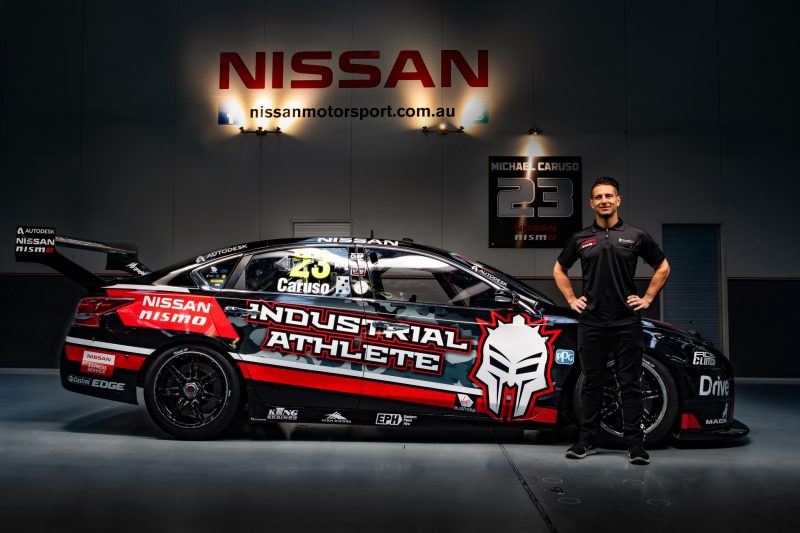 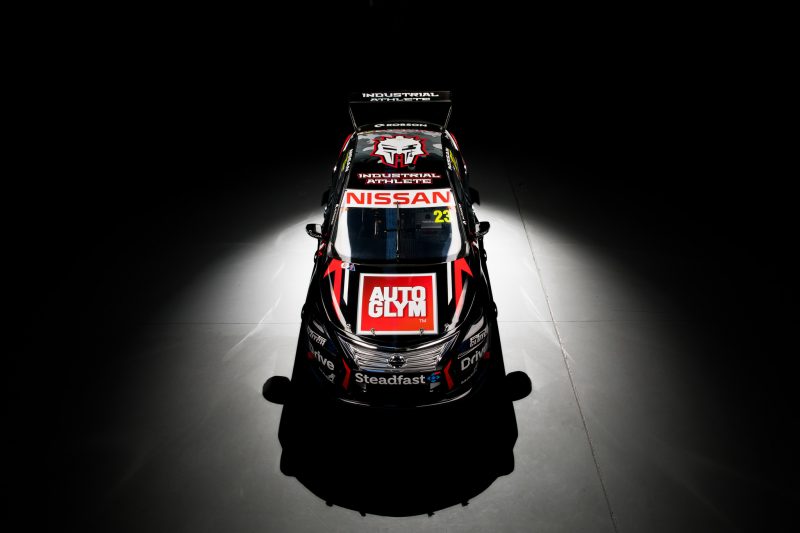