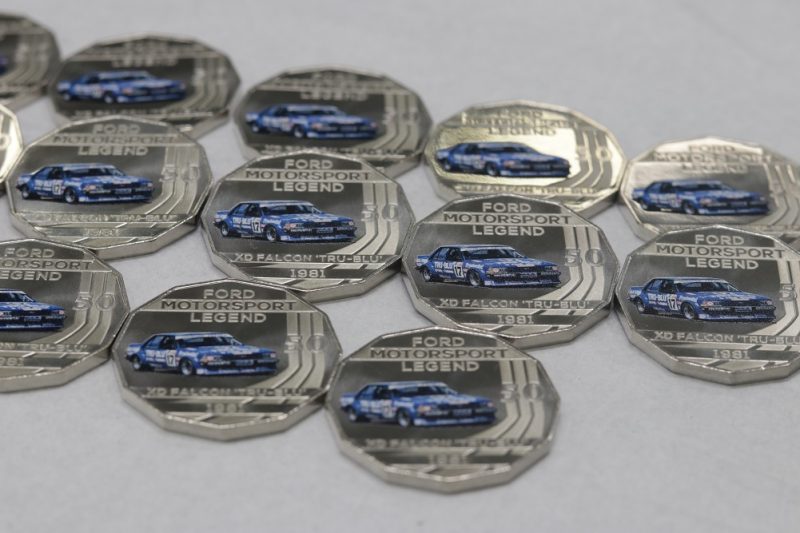 In conjunction with the launch of the coins, of which there will be 30000 each (360000 total), the Mint has launched a ‘Reverendum’ which invites the public to vote on their favourite car from the series.

The vote will run for two weeks, following which the favourite Ford and Holden will be announced.

“Coins and cars are hot topics in collectibles, making this the perfect partnership.

“To celebrate the new coins, we are calling on all Aussies to have their say in Australia’s first ever Reverendum.

“Whether you prefer the classic Holden 1970 HT Monaro or the 1996 VR Commodore HRT, it’s your chance to have a say.

“Ford fans will be able to select from the Ford 1969 Boss 302 Mustang Trans-AM and the 1977 XC Falcon Hardtop amongst others.”

The coins are housed in their own presentation card featuring car specifications and competitive information.

While unreleased for circulation, they are technically legal tender.

The coins are currently available from the Mint’s online store or by calling 1300 652 020.